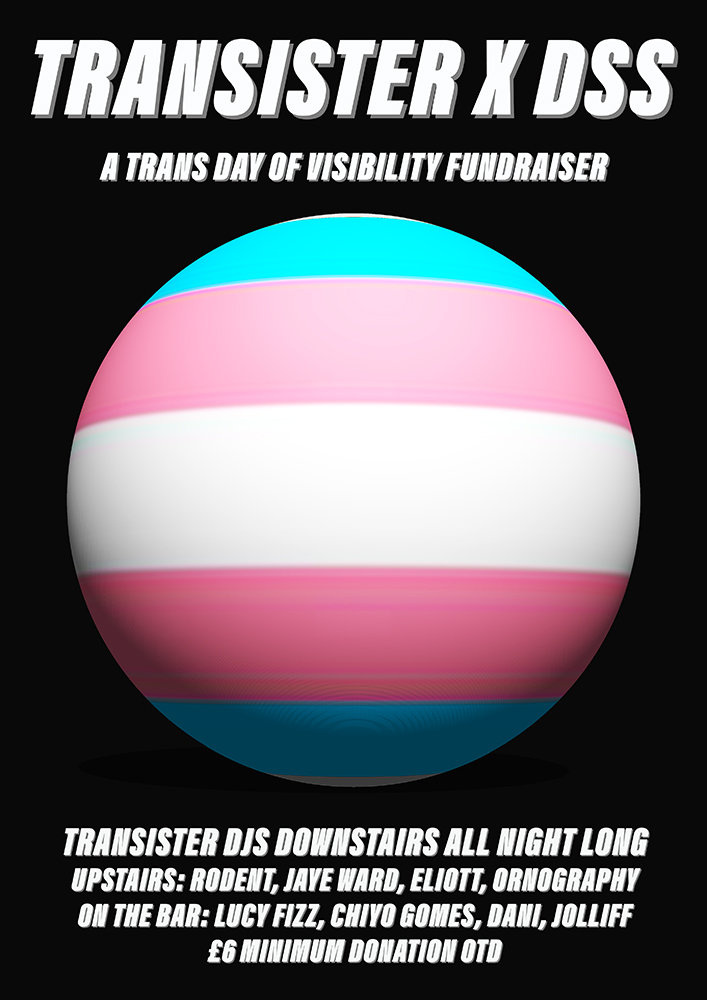 It’s Trans Day of Visibility, so, along with the babes from Transister we’ve put together a fabulous all-trans-everything party to raise some money to go towards the transition funds of some of the DSS fam.

Transister– putting the T in techno- have been running sweaty, sexy underground events across London for years, and we’re super excited to have them debut at Dalston Superstore for such a great cause. They’ll be taking over the basement all night long.

Upstairs will be taken care of by some of our superstore faves: Rodent, Jaye ward, Elliot and Ornography. Expect everything from disco, slow jams, nu wave to leftfield and some vinyl rareties thrown in for good measure.

On top of all these delights we’ve got a selection of beaut gogo dancers! Come through to see Lucy Fizz, Chiyo Gomes, Dani Singer and Jollif shaking what their maker gave them on the bar.

Minimum donation £6 OTD, with all profits going directly to the folks whose transitions this will be funding.