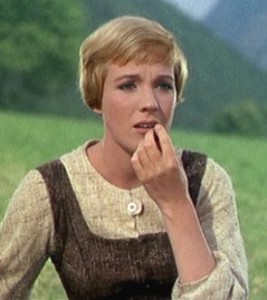 Sister Maria played by Julie Andrews in  The Sound Of Music.
On the surface it’s a nice singalong family movie, in which we have Sister Maria running through daffodils with her big lesbian haircut and her androgynous looks. Then who can forget Rolf, a hot blonde Nazi messenger boy, who’ll be legal in less than a year. Both of the brothers in the Von Trap family. And to be fair still not sure on the dad, played by Christopher Plummer. 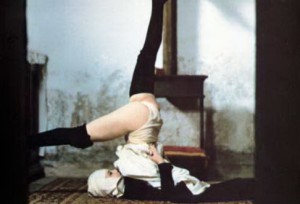 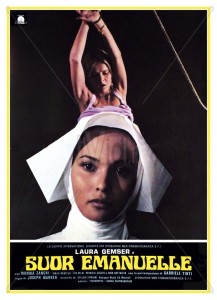 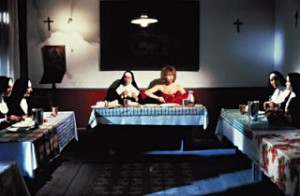 The nuns in Almodovar’s Dark Habits.
Mainly ’cause they have names such as Sister Manure, Sister Damned, Sister Snake and Sister Rat of the Sewers. They also sit around smoking dope all day long, lovin’ it. It’s a comedy and although dark, not really sexualised, so they go on the list for sure by being so damn cool. 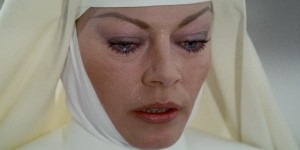