This Saturday we welcome Brooklyn cult party-starters CHERYL to Dalston Superstore for a rare London knees-up. Theme-party-obsessives, the gang are sure to bring their unique brand of weird fun to both floors, with special guest Larry Tee joining CHERYL resident DJ Nick in the laser basement and the UK debut of Buenos Aires duo Father Figures (aka Whitney Weiss and DJ Traviesa) on the top deck disco. Ahead of the party we asked DJ Nick and the rest of CHERYL to pick their 10 favourite bad-ass CHERYL moments to give you all a taste of the night to come... 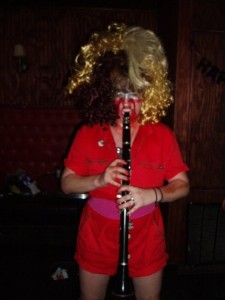 We threw CHERYL at a dive bar in Park Slope, Brooklyn and we dressed up with cat masks and used a lot of shoulder pads and fake blood. We did at as weird as we could and we were surprised people liked it as much as we did.
2. Pizza video shoot, April 2009.

CHERYL: PIZZA from CHERYL on Vimeo.

We began making thematic videos to promote each of our themed parties, and the CHERYL: PIZZA video was the first time we did a big shoot out in public in NYC. The New York Times did a little blog piece on us and we forced our friends to dress like pizza toppings. 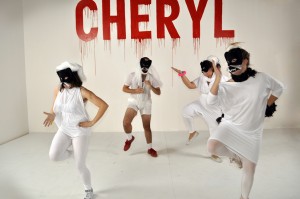 In October of 2010 we were invited to take over a gallery of PS1 and we turned it into a psycho interactive salon and photo shoot. American Apparel gave us 400 pieces of nude clothing and we went to town.
4. Our first London party, January 2011 at Star of Bethnal Green. 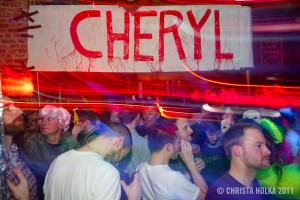 We threw an insane CHERYL party and London instantly got it. We realized our thing worked overseas.
5. Our first Lisbon party, January 2011 at MusicBox. 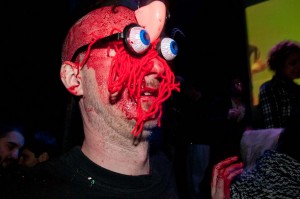 We threw another insane CHERYL party and Lisbon also instantly got it. We realized our thing worked in another language!
6. MoMA pop rally. March 2012. 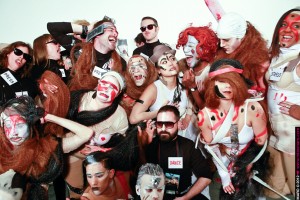 MoMA invited us to take over the first floor and atrium of the museum and project our videos and throw a dance party and interactive event. We got about 20 mannequins, dressed our friends as paparazzi, and asked the public to get creative.
7. Manchester, May 2012. 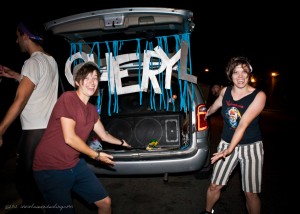 We raised $4500 through kickstarter and bought a CHERYL van which we outfitted with an extremely powerful sound system. We drove around NYC in our van (painted to look like dripping blood) throwing impromptu dance parties on the streets and continually got shut down by the police for noise violation. That was super fun.
9. Boat Party. August 2013. 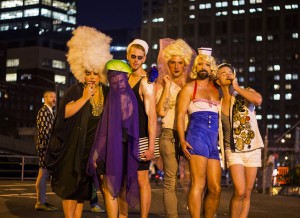 We threw a party on a boat in the East River. Someone thought the theme was "cocktails" (which it wasn't) and showed up dressed as a beautiful purple drink with a lime wedge, and was then mortified to find out the theme was actually not cocktails. But it's CHERYL and nobody would have noticed.
10. ZDB artist residency in Lisbon. June 2014. 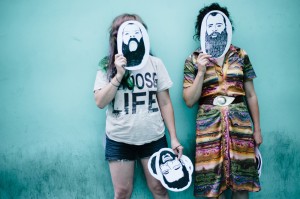 We were artists in residence along with our Manchester pals The Volkov Commanders working under the name SUPERGROUP. We spent the week shooting a music video all over the Lisbon region, dressed as 2-dimensional versions of the band PAUS, for whom we were making the video. Still editing it now. Can't wait to finish it!
Join DJ Nick and the CHERYL gang this Saturday 12th July for CHERYL:7 at Dalston Superstore from 9pm - 3am.
Share this page