Little Gay Brother are back at Dalston Superstore with their annual Slumber Party, and it's also resident DJ and all round hottie Chris Camplin's birthday. As well as being a superstar DJ, Chris is also the superstar of every gay man's tumblr page. To celebrate the bearded man mountain himself, his pals that played at LGB throughout 2013 have picked their favourite Camplin photos. We thought they might make a nice calendar... What's your favourite month? 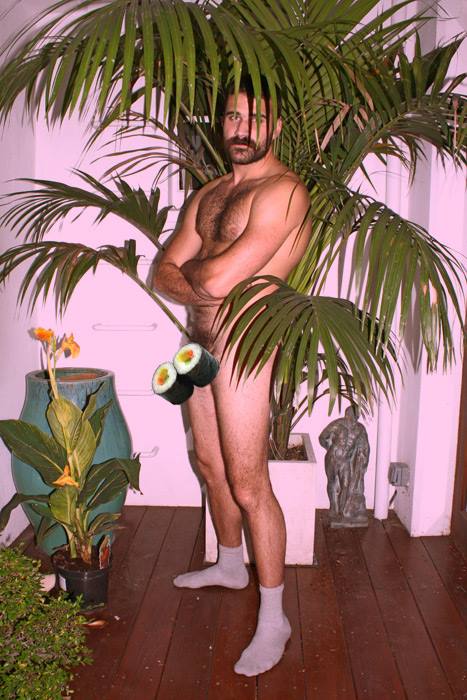 Dear Daddy Issues,
Here is a photo we like to call "Birthday Boy in Birthday Suit" haha.
Happy Birthday from your Little Gay Brothers, you're growing up so fast and so is your beard.
P.S. please don't go outside dressed in just rice and fish, you will freeze in January.
Love & Soy Sauce
Man Sushi x 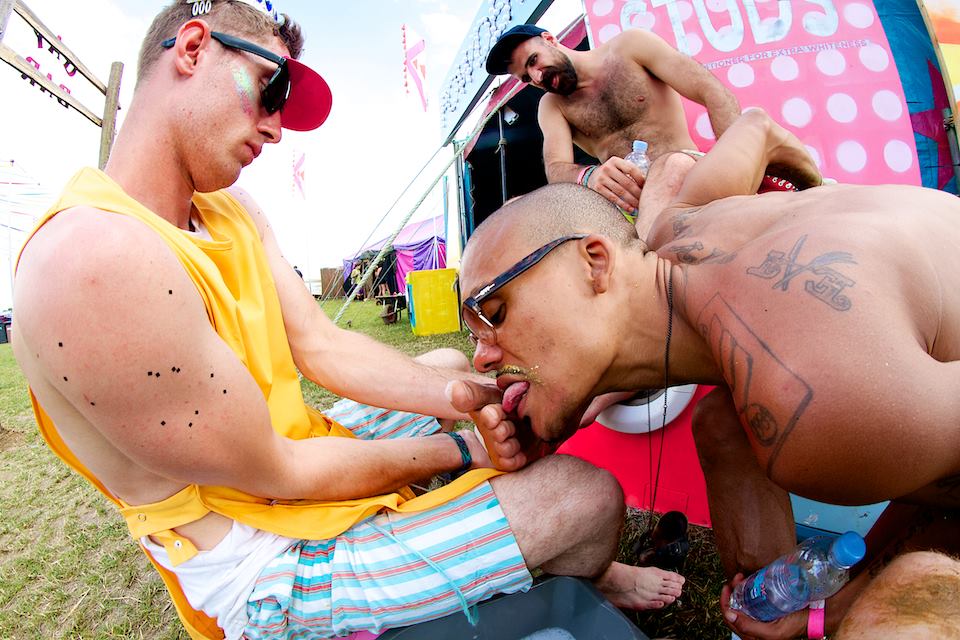 Happy Birthday Chris! I have said it a million times already, but I am so glad to have met you. You are one the coolest people I have met for a while. I am so grateful for your generosity, your love, your music and vibes. I hope life continues to treat you well brother man. BIG LOVE!
- Frank.co 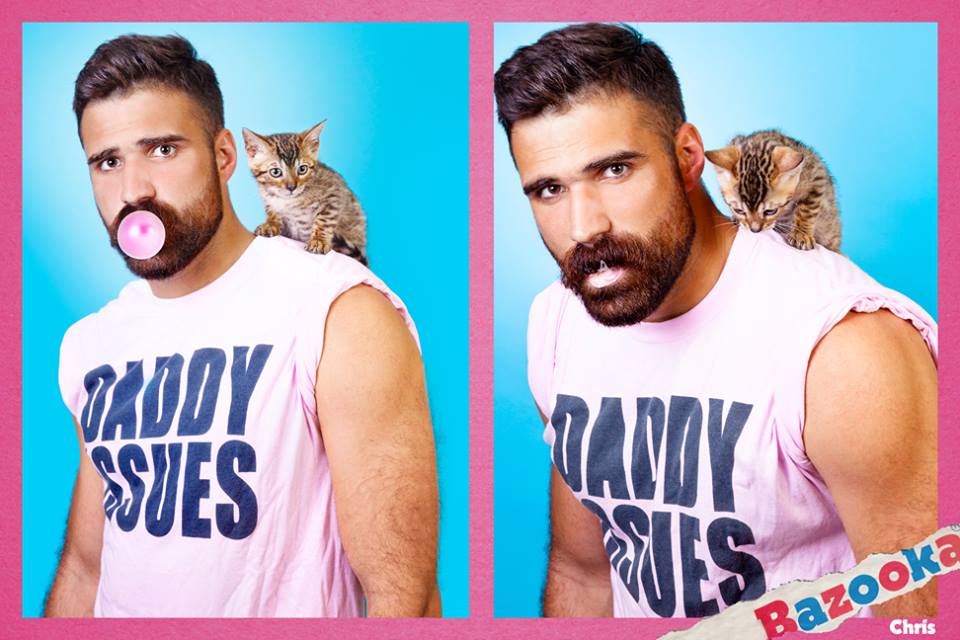 Of course you treat every day like a Lambrini and Pall Mall fuelled birthday binge, but here’s a special lesbian pussy stroke for the big one, big boy.
-Verity & Bryony. 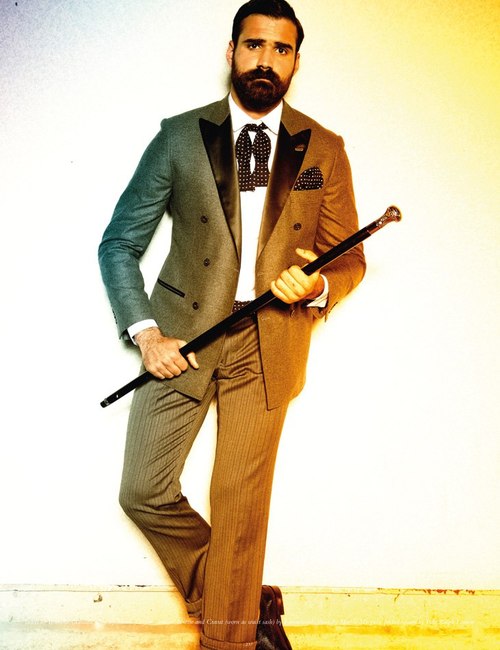 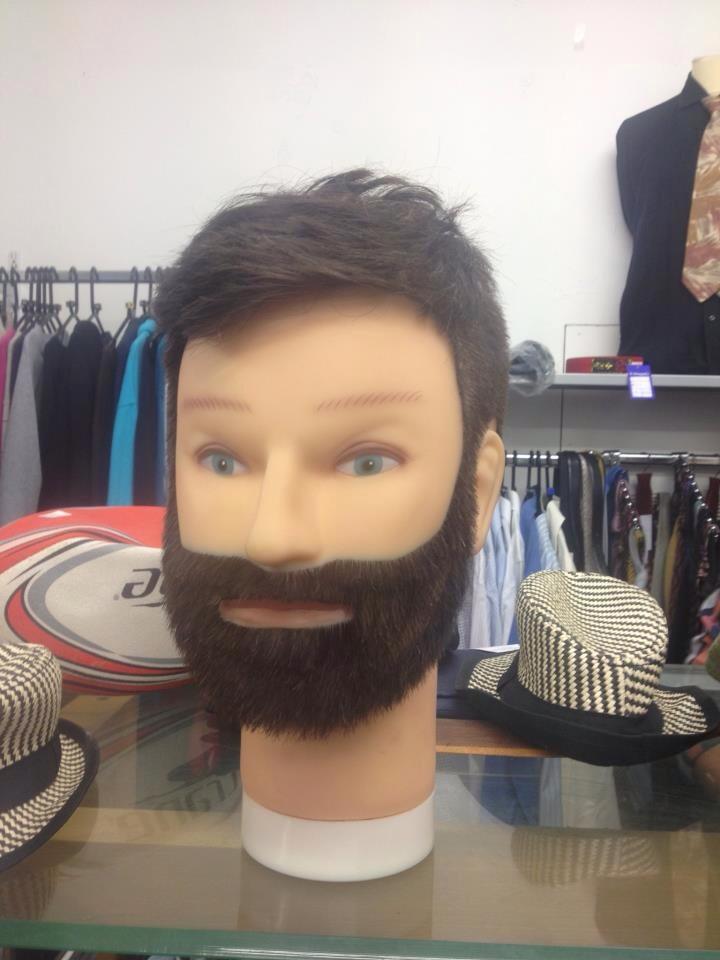 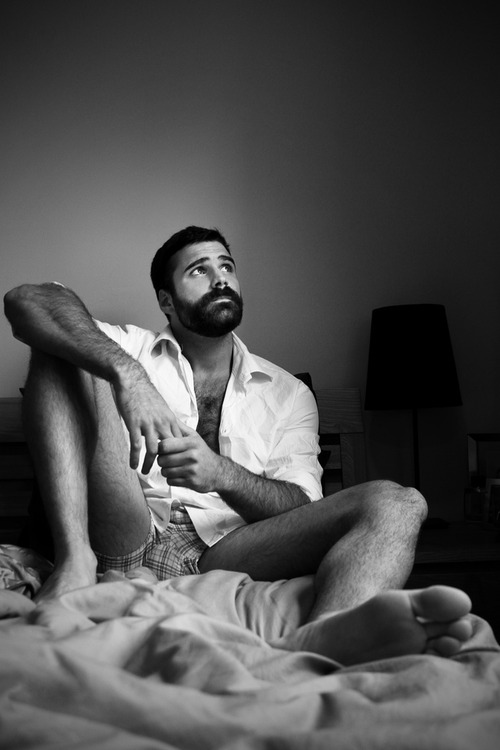 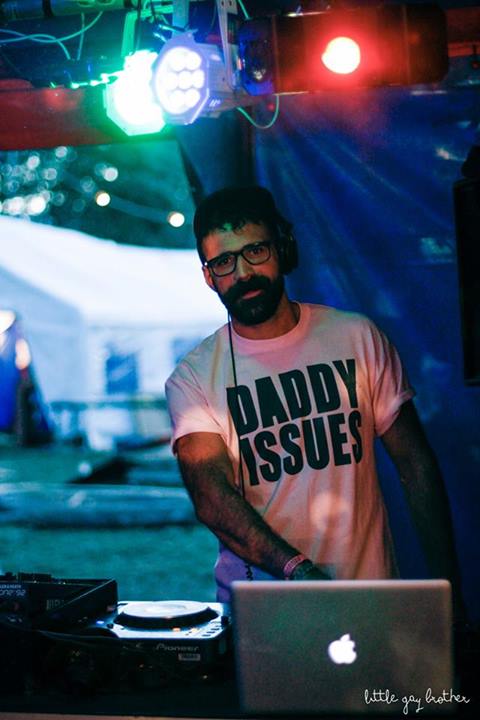 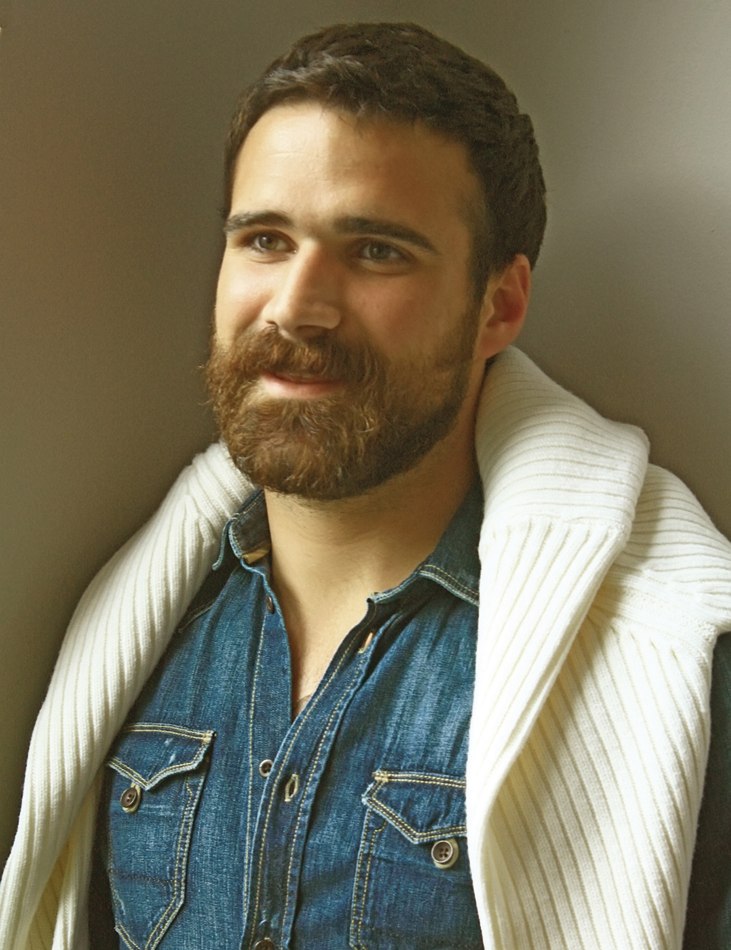 You don't often see pictures of Chris smiling! So when you see a picture that cracks the serious look, it's a nice reminder that he's quite funny, and while he spends a lot of time modelling and being composed, the other part of his life as a DJ isn't necessarily as serious and well behaved.
Happy birthday sir. Give some good birthday face x
-Bright Light Bright Light 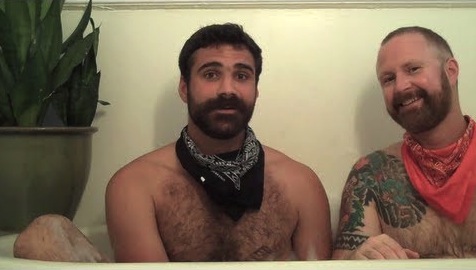 I don't know the context of this photo, or who the other bloke is, but there's just something really wrong about it.  The one on the right has a whiff of an early '80s BBC children's TV presenter about him, and this is the photo to get him the sack...  Are they in a bath? The plant, the contented smiles, the neckerchiefs, the bubble bath on knee... it's like a still from a weird Channel 4 program that got loads of complaints from Surrey. Chris, explain.
Happy, happy birthday!  I can't remember your age, but I'm always surprised at how young you are  x
-Martyn 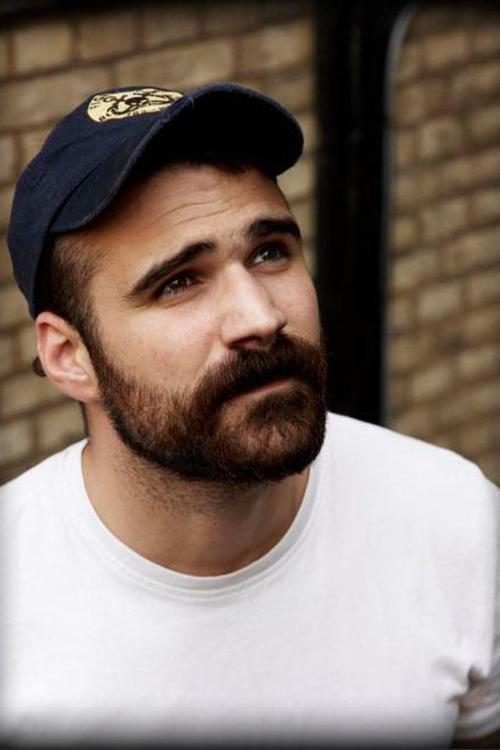 Oi what you lookin' at!?
Look forward to playing for your 50th xx
-Guy 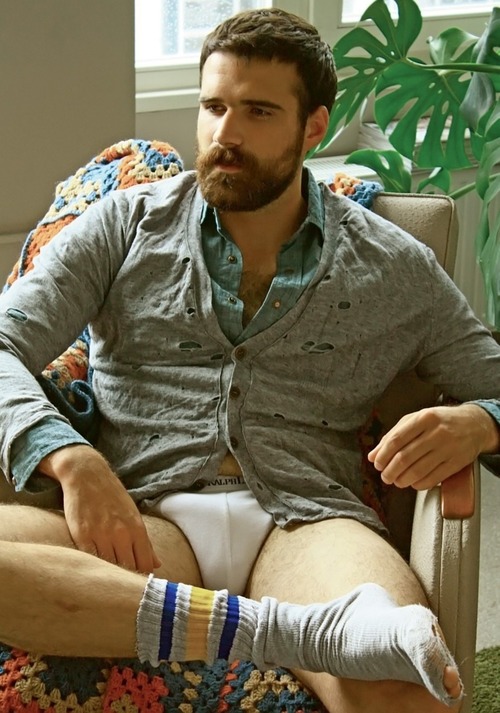 This is probably one of the first pictures of you I'd seen and to me it sums up exactly why your the epitome of a pinup. Happy Birthday Handsome Christopher. Loadsa Love Adrian (meatzine.com). xx 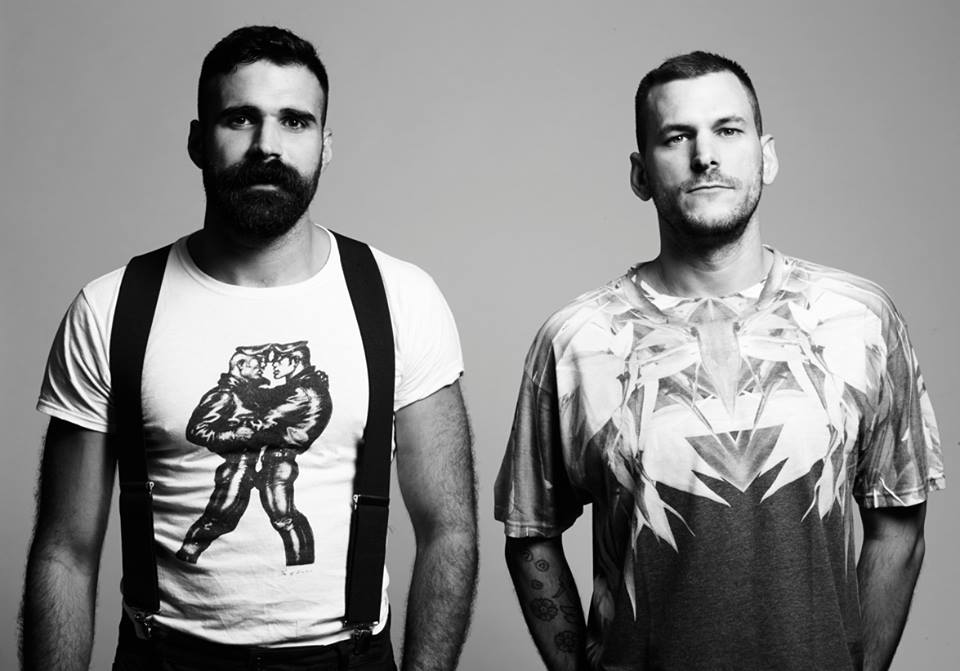 Happy birthday big man! Funny to think we met at a casting a couple of years ago and now playing music together around the world. Let the good times roll!
-Terry

Plus cos it's his birthday we found some that didn't make the calendar but definitely need to be hung on someones wall... 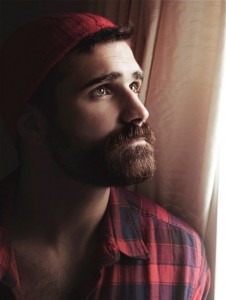 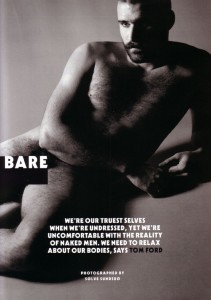 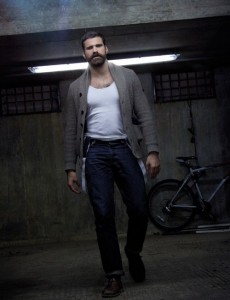 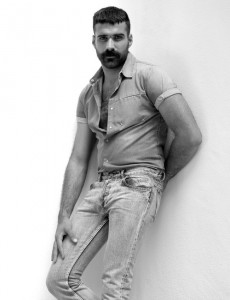 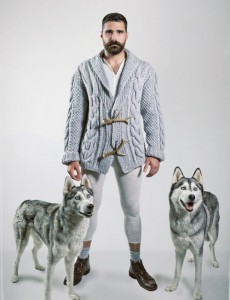 Help Chris celebrate his birthday at Little Gay Brother Presents: The Slumber Party on Saturday 18th January at Dalston Superstore from 9pm - 4am.