This weekend sees cult homo disco night, Bender, back at Superstore for a January blow-out! One-half of In Flagranti, the amazing Sasa, joins us in the laser basement alongside Superstore fave The Lovely Jonjo, whilst upstairs disco queens Whitney Weiss and Fitzgerald take it to the max with edits, Hi-NRG, disco, pop and more.

Ahead of the party we quizzed Sasa about working in record stores, living in New York, tracking down obscure records, In Flagranti edits and all things D.I.S.C.O...

You've spoken previously about "social networking" taking place in record stores before the onset of Facebook, now in an age that seems almost defined by online social media, what do bricks and mortar record stores offer people when they can just dig for records online and discuss in RA forums...?

Sasa: Record stores still offer the real experience. You can touch it and smell it... there is interaction... people going in and out... you may bump into people you know etc.

Disco as a genre has its roots in community (in terms of providing a safe space for LGBT people, African-Americans, Latinos, etc), what place, in your opinion, does it have now in both the mainstream and the underground?

Disco is mainstream; it kind of ruined it for me the moment there was a genre called "Nu Disco". I lose interest in the formula... everyone starts to sound Nu.

As someone who lived in NYC and now lives in London, how would you describe our city's disco subculture?

To be honest I don't know... I can describe a dive bar and pub culture.

Everything about In Flagranti has a '70s sensibility to it, from the sound to the striking artwork aesthetic- why did you and Alex choose to mine this decade so heavily?

We both grew up in the '70s, I guess we feel at home in that period. We communicate via that time period with each other... like two old men.

You've been seriously into Italo, and the more cosmic and rare end of vinyl at least a decade or more before the advent of Discogs... how did you track down extremely obscure records in the '90s?

Actually I have never really been into Italo. When Italo was happening in the early '80s I was listening to bands like Material and Medium Medium. But I remember a couple of times buying records in a record shop in Italy, where they had a deal... five records (didn't know what's in it) for the price of one.

I bought that once and they were all Italo records! So I could mix five Italo records at home haha. I couldn't have done it at the club where I was DJing...

In the early '90s in NY there were lots of flea markets where you could find great records for cheap. I was never hunting any particular record... I like surprises.

What's the furthest length you have ever gone to in order to procure a record you really wanted?

Driven from Basel to Zurich by car to buy The Undisputed Truth - Higher Then High.

Who is your obscure disco hero?

Black Devil Disco Club. I remember the first time I heard H-Friend on a mix tape and it totally stood out from the rest. For a long time I had no idea who the artist was behind that track.

Obviously your music taste, and no doubt your extensive record collection extends way beyond disco. What's something you think fans might be surprised to learn you're really into?

Can you tell us a bit more about this mixtapes of edits you made us ahead of Bender...?

I was just going through some old music folders with edits and things from back in 2003/4. Stuff I have been playing out but never really made a mix with it. It happened really quick, I started playing one then the next and suddenly I was doing an all edit mix.

As a true vinyl connoisseur, what is your favourite piece of gatefold artwork in your record collection?

Off the top of my head I would say Isaac Hayes - Black Moses. 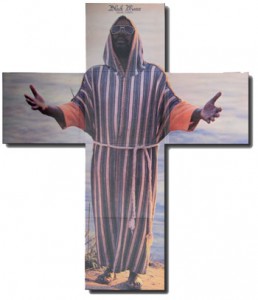 Check out the mix of In Flagranti edits that Sasa made us here: dalstonsuperstore.com/features/sasas-bender-mix

Join Sasa at Bender on Saturday 25th January from 9pm - 3am at Dalston Superstore.