Ahead of Voyage Voyage's Summer Special tomorrow night, we asked A Man To Pet, Johnny Kalifornia and Bob Chicalors to tell us about their dream summer holidays...

RIO DE JANEIRO, of cause! Cause the boys girls trans everybody and the clima are hot!!!!! Men there they are beyond belive - you never go back home alone and you’re always more than just 2!!!! Happy dance all night flipping and all that samba samba samba.

I don't know the spelling but drinks are Mojitos or Capriccioso - full of sugar they make you sweat and give you energy!!! – and lots of ICE! 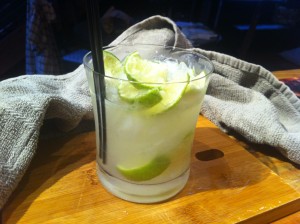 Tracks I will listen to are:

or Rum and Coca Cola:

And there’s a back alley pun somewhere, with Azis, Tarkan, Omer Adams…*swoon*

Unfortunately, I’m too old to be a rich man’s toyboy and too poor to be a rich man! But I’ll find a way to make to happen. If I was Elton John, that's where I'd be, right now...

Drinks-wise – Sex On The Beach, obviously:

or maybe a Mai Tai??

...with the odd glass of Chablis in-between, to maintain the 'illusion' of 'glamour'.

…end up quite messy with the Army Of Lovers!