“We wanted to showcase all this amazing talent that comes from the East London queer scene and beyond.” 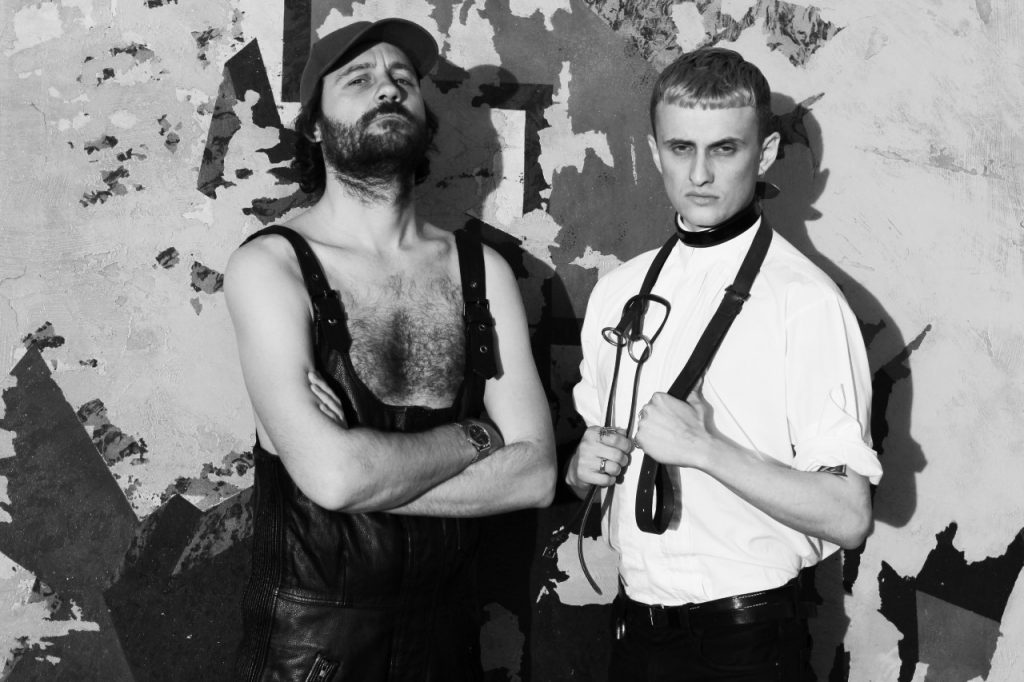 Unlike many of us, Jon and Jerome of dance music power duo Super Drama have not been sitting still in 2020! Using lockdown as a time to focus on their Super Drama Records imprint, they released Family Drama Vol. 2 last week. This time around, they have fixed the spotlight firmly on the East London queer scene, with familiar Superstore extended fam Michelle Manetti, Coco Cole, Fancy Shews and Ms.G all making an appearance. With all proceeds from sales going directly to supporting the phenomenal Mermaids Gender and Black LGBTQIA+ funds, this really is a family affair. We caught up with the one half of the duo – Jon Arnold – to find out a bit more about the release.

Hi Jon, congrats on your brand new release! How have you been spending your lockdown?
Thanks DSS! This Lockdown is fairly different to the last as it’s not summer anymore. I’ve been on the sofa a lot, and also obviously planning Super Drama world domination.

This is your second release under the ‘Family Drama’ header, can you tell us a bit about that project?
We’ve been wanting to push the Super Drama Records part of Super Drama for a while, and were also trying to figure out a way to showcase all this amazing talent that comes from the East London queer scene and beyond. A compilation is a great way to do this, especially having new artists alongside more established ones. We actually had a party booked in at Superstore to coincide with the release but of course COVID ruined that!

Well we’re sure that we’ll make up for that when all this is over! Can you tell us a bit about some of the artists you have collaborated on the release?
With Vol. 2 we once again mixed up the tracklisting with established names and more unknown artists. Coco Cole, Michelle Manetti, Ms.G and Fancy Shews who you will definitely recognise from DSS, all have their own debut tracks which is very exciting. The other two are our Euro friends Jorkes who are doing really cool things with Freeride Millennium and then our mates FYI Chris who put music out on Rhythm Section amongst many other labels. The whole idea is that you might listen to the comp for a certain artist and then also discover new favs as well!

Who are some of the DJs and producers who inspire you?
We have quite an eclectic taste when it comes to music and finding out new talent, and also love the fact that some of favs are also our mates. People like Hannah Holland, Josh Caffé, Elles, Reece Spooner and Grace Sands continue to inspire us. Our top three at the moment I reckon are Jasmine Infiniti (Loooooooove Bxtch Släp), LSDXOXO and Bored Lord.

What have you missed most about playing out in the club this year? Why is the nightclub important?
I think the thing we’ve missed the most is what you can’t replicate at home, the sound system, the sweat, the feeling of dancing with all your mates around you, the release that you get from that. The nightclub is important because it gives people, and especially marginalised groups, a place to really be themselves.

What made you choose Mermaids as the beneficiaries of the release?
Mermaids has done amazing work for trans and gender diverse children for a long time now and we thought it was perfect for the project, especially throwing the party at Superstore where many of our trans friends have worked or been too many times. Half the proceeds are also going to go to local Black LGBTQIA+ funds, another incredibly important cause.

What is your best tip for staying sane during lockdown 2.0?
Don’t get stressed out when you’re not getting things done. I got really annoyed with myself many times for not being as productive as I thought I should have been, but at the end of the day we’re all going through something we have never been through before and it’s really bizarre. If you wanna just watch TV all day and eat Doritos just do it, don’t feel guilty! Also keeping in touch with your mates as much as you can, sometimes you may be feeling pretty lowkey, but one of your mates could really do with a little pick me up, which could just be you saying hello or sending a cat meme!

We’ve been really excited to see so many artists using lockdown to release a whole lot of new music. What’s your favourite release of 2020?
My fav has definitely been the Lous & The Yakuza album “Gore”, Jerome introduced me to her at the start of lockdown and I’ve been mad about her ever since. On a more local scale I absolutely loved the Angel D’lite and Eliza Rose track from the Ransom Note Pen Pals compilation. It’s called “Pleasure Xone 43” and is one tune I’m dying to hear in the Superstore basement when this mess is over.

Any exciting plans on the near (or far) horizon you can fill us in on?
We’ve got a bunch of remixes for various people coming out in the coming months, and also Vol. 3 of Family Drama will be out in January with many more names that have played at DSS before. We’re also planning a few top secret releases on Super Drama Records and fingers crossed we can all dance again soon cause we are gagging to play out!