We can't believe it huns... Our pure nonsense heauxmeauxsexy disco party Mints is entering their terrible twos this Friday! To help celebrate, they have invited none other than Australian wunderkind selector Toni Yotzi to the mothership, joining a very special lineup of international special guests including Johannes Albert and Jaqi Sparro! Toni Yotzi has reached icon status down under, having helped put Perth on the underground electronic music map by programming Deep Doogs’ sunrise rave and presenting parties for the like of Kenji Takimi, Bell Towers and DJ Nozaki. In 2018, she has gone from strength to strength, with highlights including headlining Golden Plains Festival and  being a recent special guest on Tim Sweeney's New York dance music institution Beats In Space radio show! We caught up with Toni to find out about her infamous Camp Doogs festival, the Australian electronic music scene and what she thinks makes queer crowds so special!

Hey Toni! We are so excited to finally have you at Dalston Superstore! You’ve been on a bit of a whirlwind tour over the last few weeks, how has it been?

I’m so excited too! I feel like I’ve been away for ages but it’s been great! It's been a bit testing at points., learned a lot and listened to club music on nice sound systems which I’ve been missing in Melbourne. Inspiration on tap.

Can you tell us a bit about Camp Doogs, the festival that you co-curated in Western Australia?

Doogs is a booteek festival a few hours out of Perth, we celebrated our fifth birthday last year by giving ourselves a holiday in 2018 haha! I book Deep Doogs, the rave part of the weekend and Stephen Bellaire (Reef Prince) works on the main stage. It’s a really special weekend for a lot of people that celebrates local and national artists. We never release the line up which is a programmer's dream because you can create a weekend of deep creative cookery. People come with an open mind and leave feeling excited about enjoying something they wouldn’t necessarily normally rave too. 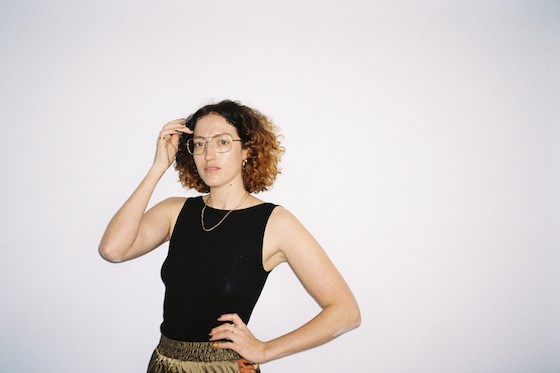 You have hosted radio since 2011. What do you love about community radio?

Community radio is so important to me. It’s been the start of so many amazing artists' careers, like CC: Disco!, Noise In My Head and Andras. I love the freedom of expression, which has undoubtably shaped how I DJ. Community radio gives the underrepresented a voice, and way to explore ideas and passions. Creating stories with sound is so interesting to me, I wouldn’t even know how to begin trying to convey the same visions with film. I love how it’s adapted to changes in people’s listening habits. Radio will never die.

How do you think your hometowns of Perth and Melbourne have influenced you as a DJ?

Brits love the seaside, so Perth has always had a lot of English expats (my mum being one of them)! I suppose this lead to a strong drum n bass scene in the 90s and 00s and a general UK club influence. I didn’t quite realise the influence until I noticed it wasn’t as common across Australia to thrown in trap, bass music and rap in a club set. I’ve been listening to Noise In My Head mixes for a long time as well which filtered a unique Melbourne eclectic ~ vibe ~ throughout too.

The Australian electronic music scene is finally starting to be recognized on more of an international scale, and we think it’s about time! Who are some under-represented Australian artists who we should have on our radar right now?

I’m loving Hame DJ, he’s just put out a great ep on Vulcan Venti, Rok Riley is Perth’s spiritual guide to everything good: the best selector, DJ and carer. Tourist Kid is also a true inspiration to me, he can play anything. I joke he’s a mix machine because he churns out so many incredible sets. A boy genius, crazy fast worker, he just put out an amazing textural experience on Melody As Truth called Crude Tracer, but he also makes next generation library music and bangers (hopefully soon).

What is special about playing to a queer crowd?

You have become known as a master of genre-bending sets. With such a diverse repertoire,  what are some of your favourite places to discover new music?

Gahhhh the genre mash - my truest love-hate relationship. I often say to myself, ‘Whyyyyy can’t you just play one thing!’ But it doesn’t work like that. So for digging in the last couple of years, I’ve started buying records again which is really good for finding old but fresh labels then I can discogs dive. I especially like 90s rave and percussion-driven house. I listen to a lot of mixes and I really like Bandcamp for finding new releases because their emails are very specific to what artists and labels you like. 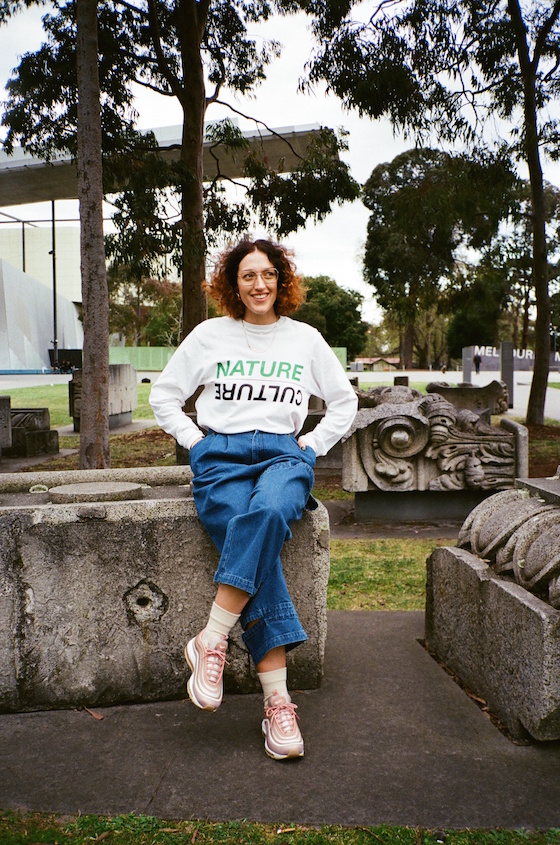 What has been a personal highlight of yours over the last few years?

I think playing at Golden Plains a few months ago will be a lifetime highlight… Peaked too soon! The sound system is incredible, one stage with 10 000+ people in a natural amphitheatre surrounded by incredible Australia bushland, working on visuals with friends. I cried a bit on stage playing Hiroshi Wantanbe’s Infinity Sign because it was just all so beautiful.

What is the craziest thing that has happened during one of your sets?

The fact I can have a existential crisis while DJing and keep playing is pretty wild to me lol.

Who are some of the DJs and selectors who have inspired you?

Gosh ummm lately DJ Bone’s mixing style, Luca Lozano for party vibes, Gatto Fritto, Gene Hunt. They aren’t really who I would’ve thought I’d enjoy but it’s so nice to be surprised because I see so many sets that it gets blurry. Kenji Takimi and DJ Nozaki a few years back. Roza Terenzi also played some insane sets on tour recently too.

In five words or less, what do you have in store for us at Mints?

Catch Toni Yotzi at Mints on Friday 10 August from 9pm-4am at Dalston Superstore!