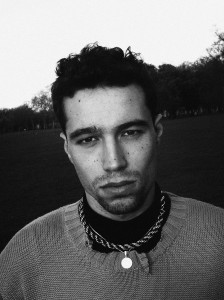 Unfortunately I missed that event but from what I've heard it was wild.

BLEID inspires me a lot. She produces and djs and her sets range from noisy ambient to gabber, and everything in between. Odete is also a key figure in our scene. She was one of the first to mix pop music with more experimental and forward thinking electronics and has just released her first Ep “Matrafona”. Kerox is also somebody to look up to. He owns the sickest tunes and just released a banger called “Braved the storm”. Fabaítos  and Stasya have been uploading really good music on soundcloud (Listen to Paradisis, fabaítos first Ep or Stásya´s Túmulo).  Yzhaq and Shade are also starting to mix and to produce (along with Odete and Stásya they've created ÇIRCA, also a name to remember) and I´m really excited to hear what they have to say. RS Produções (from príncipe) have just released a mad ep called Bagdad Style and are one of my favourites from the label. finally DJ VENENO666 is my latest obsession. His soft and melancholic take on dembow infused rhythms is sometimes the only thing I can listen to.

Have some ideas for both individual and collective projects that hope will come into form, also have a couple of dates planned outside of Portugal. The Dalston gig will be my first this year so this is a nice start :) 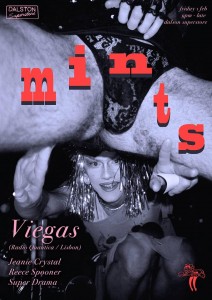