We caught up with promoters UNORIGINIALMINDS (aka Jo Alloway) & Lewis G. Burton to chat about their inspirations behind THEM FATALE, why trans* representation in nightlife is so important and what we can expect from Friday! 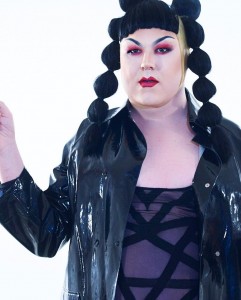 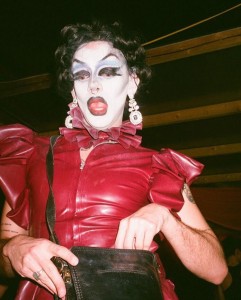 Can you introduce yourselves?

Hi there! I’m Lewis G. Burton DJ and performance artist and I’m Jo a haggard old queen and *jazz hands* together we are Them Fatale!

What’s your favourite kind of bread?

Lewis: I’m a northern girl and true to my roots I love a good stottie.
Jo: Does eggy bread count? Love it sloppy babes. 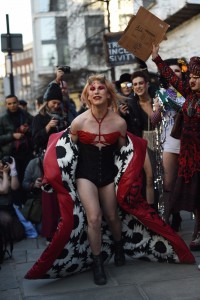 What was the inspiration behind Them Fatale?

Lewis: I helped Jo do the door at Superstore around Christmas and we were saying as non-binary people wouldn’t it be fab if there was a night for us and our trans brothers/sisters and gender non-conforming folx. Six months later here we are!

Jo: We’ve both been around London’s queer nightlife scene for awhile ( obviously Lewis has been around ALOT longer than me), and trans*, non-binary and GNC folx are paving the way in the scene whether as performers, DJs or artists. I guess, one of the main reasons that both Lewis and I wanted to put this night together is to curate a space where we are able to celebrate and showcase the talent of the community. 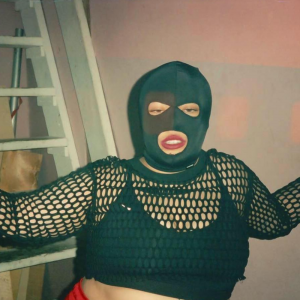 What can we expect from the party?

Lewis: Lots of incredibly talented non-binary, trans* and GNC babes playing some banging music and dancing on the bar in all of our glory.

Jo: Yeah… what they said. 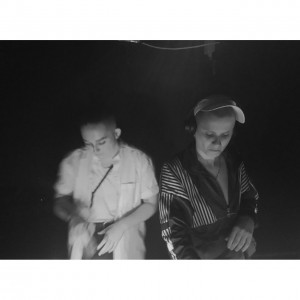 If you could sum it up in one track what would it be? 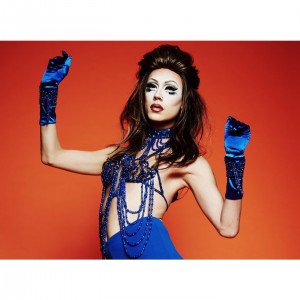 Why is trans representation in nightlife so important?

Lewis: I think alot of cis gay men have forgotten their history as they’re being assimilated into hetronormative society. Trans* people are the reason we have more freedoms now than we have in the past 100 years. Trans* people have always been at the forefront for the fight of equal rights and yet we’re still the most marginalised members of the LGBTQ+ community. We’re still being brutally murdered and beaten worldwide for our very existence. This is why representation in nightlife and just in the media, on TV and film and within pop culture is vital now more than ever.

Jo: Trans* folx face violence everyday, whether that’s systematically, societally or to our bodies. Its because of this that trans* folk need spaces to go to, now more than ever. Nightlife has always been a safe haven for the trans* community and an important site for gender expression, activism and community for queer folx more broadly . In the context of rising homogeneity amongst nightlife venues and the loss of independent queer venues in London the once close relationship between radical politics and nightlife has been diluted.  The majority of nights & venues cater to those who have cash in their pocket (aka the ‘YAS’ screaming, glitter smeared, cis white gays who work in finance). Marginalised LGBTQ+ folx have been pushed out of the very spaces they created and need now more than ever, whether that’s QTIPoC communities, queer women or trans* folx. For us to have the opportunity to put together THEM FATALE, which is trans* led,  has an all trans* line up and is an opportunity for our community to not only take up space, but take ownership of a space feels quite important. We are just apart of growing move in Queer London that is trying to reassert trans* representation in nightlife including Transsister, Transmissions, Wimp as well as Clash Bash and Femmi- Erect at Superstore to name a few. So things are looking up in this context, but we need to keep on pushing further! 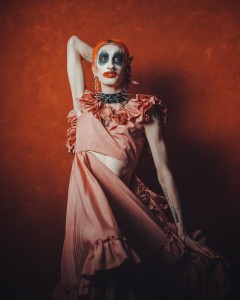 If you could be any animal crossed with another animal, what would you be?

Lewis: Theresa May mixed with Boris Johnson because I can’t think of any worse monstrosity.
Jo: Jon Sizzle mixed with a possum. Thoughts?

Can you tell us a little about some of your DJs and performers?

Lewis: DAWTA is the DJ alias of BBZ Co-Founder Naeem Davis who is an absolute force to be reckoned with and doing so much for the QTIPoC community. DJ PUSSIEPHUSS is the alias of UNITI founder Englesia who has curated an incredible line-up of parties this summer. Lucia Blake is mother of transmissions and organiser of the first ever London Trans* Pride!

Jo: We’ve got some familiar faces from superstore too! ShayShay, RODENT, Orny & Elliot and COOL DAD aka Katayoun Jalili have all been trailblazing for the community for years now ! Just so excited to have all of these incredibly talented trans* folx on our line up!!

What are some of your favourite Superstore memories?

Lewis: My club night INFERNO started out with humble beginnings at Dalston Superstore which was an absolute ball for me and start of a really exciting journey!
Jo: I feel like I’ve been apart of the furniture at superstore for awhile now, I’ve worked on the bar and the door for 3 years and used to go as a punter for a few years before that. So as you can tell there are far too many memories to recount. But I mean…. having one of your managers jump over the toilet cubicle, slap you awake, pull your pants up and put you in a cab is definitely a moment. 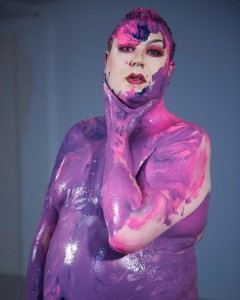 The event is raising money for Gendered Intelligence- can you tell us a little about the work they do?

When we started talking about creating THEM FATALE, we wanted to make sure that we would be able to raise money for those organisations who work tirelessly to provide much needed services for the Trans* community. Gendered Intelligence is just such an amazing organisation we had to reach out to them!

Bit of information about them for you all;

Gendered intelligence is a not-for-profit charity, established in 2008.They work with directly the trans community and those who impact on trans lives and specialise in supporting young trans people under the age of 21. Find out more information on their website AND make sure you put some cash in their buckets on the night. Even if it doesn’t seem like much, everything really does help.

With an unlimited budget, what would your dream line-up for Them Fatale be?

We already have the line-up of our dreams!

Them Fatale launches this Friday 31st of May at Dalston Superstore. Find the facebook event HERE.