This Thursday, we are beyond thrilled to welcome local East London drag superstar, Lowstakes Festival curator and performance artist Ellis D for a crash course in drag makeup! Expect 'Low Budget, Lower Concept Last Minute Glam' from our resident superstar thrifty MUA. She'll be running through top tips and tricks for executing a flawless face on a budget. Everyone is welcome, and it'll only set you back a fiver! We caught up with her to chat witchcraft, performance platforms and sources of inspiration! 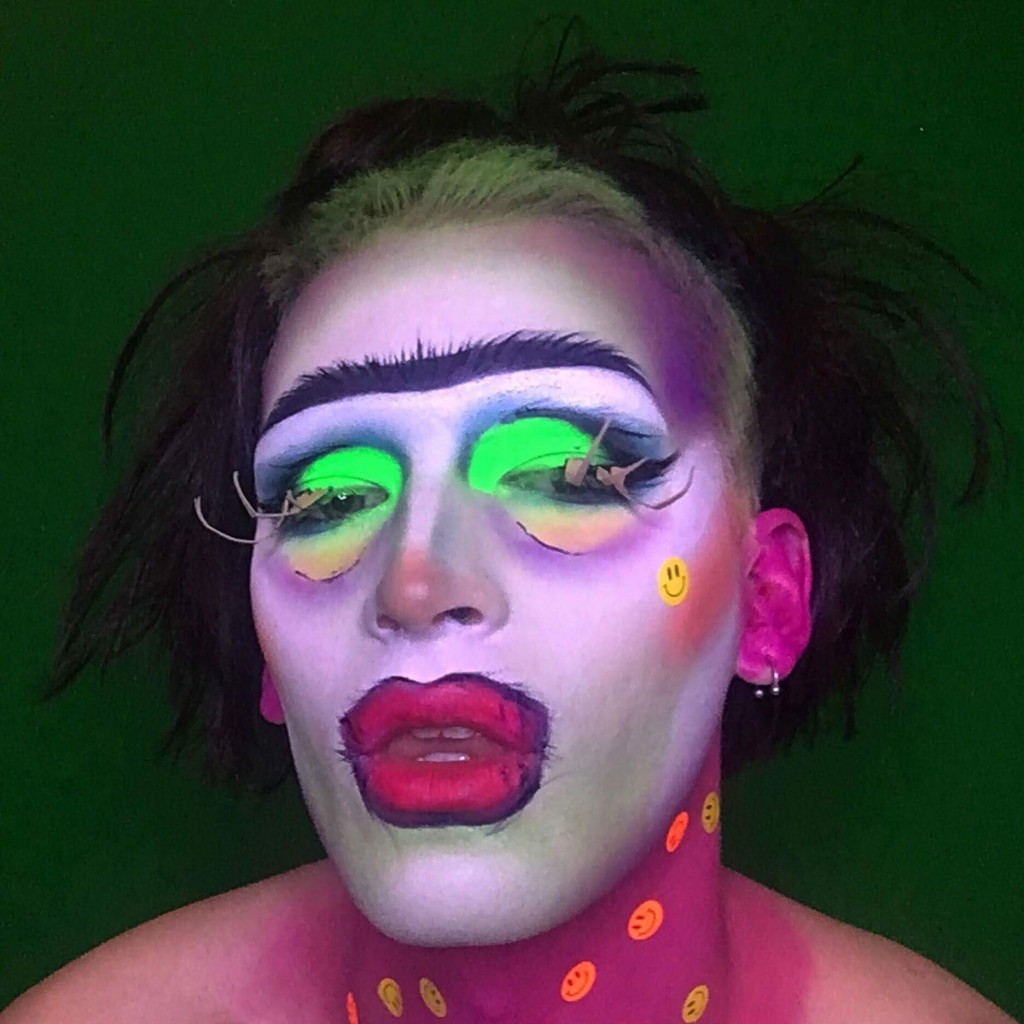 Hello gorgeous! We can’t wait for your Drag Make-Up Demo this Thursday! You’ve been SLAYING the East London drag scene for years now, but how did it all start? Let’s hear your DRAG-HERSTORY babes.

I started doing drag in 2012(13?) because it seemed like an accessible stage, it’s amazingly easy to find yourself subjecting a packed club to utter trash only two weeks into your illustrious drag career. After a couple of solo ventures I ended up in the Yeast London Cabaret with Oozing Gloop and Rodent DeCay which is where I got most of my terrible librarian drag out my system. Back then it was lipsync or nothing, I was really inspired by performers like Dickie Beau and 2boys.tv. Recently I’ve fallen out of love with lipsync in favour of a semi-improvised, reactionary, ritual mode of performance (performance art - you know the gig). I’ve taken work in that style to performance festivals a few times now and I’m continually frustrated and inspired by it.

The Glory’s cult drag competition LIPSYNC 1000 has now become a phenomenon, and you were its very first winner! How have you developed as a drag artist since that experience?

I wouldn’t perform the act I won with now - it was a little slow and stationary which I do kind of love, my favourite thing is a queen who plants her feet - too many people panic on stage they try and lay claim to every inch by stamping a heel on it and that will always look awful. Be statuesque. But that said it just wasn’t considered enough, it needed a better structural cohesion & a stronger visual - it relied almost entirely on the lip sync precision - which was obviously flawless because I don’t enter competitions I don’t know I’ll win. I had a lot more self-confidence (read: delusion) back then. 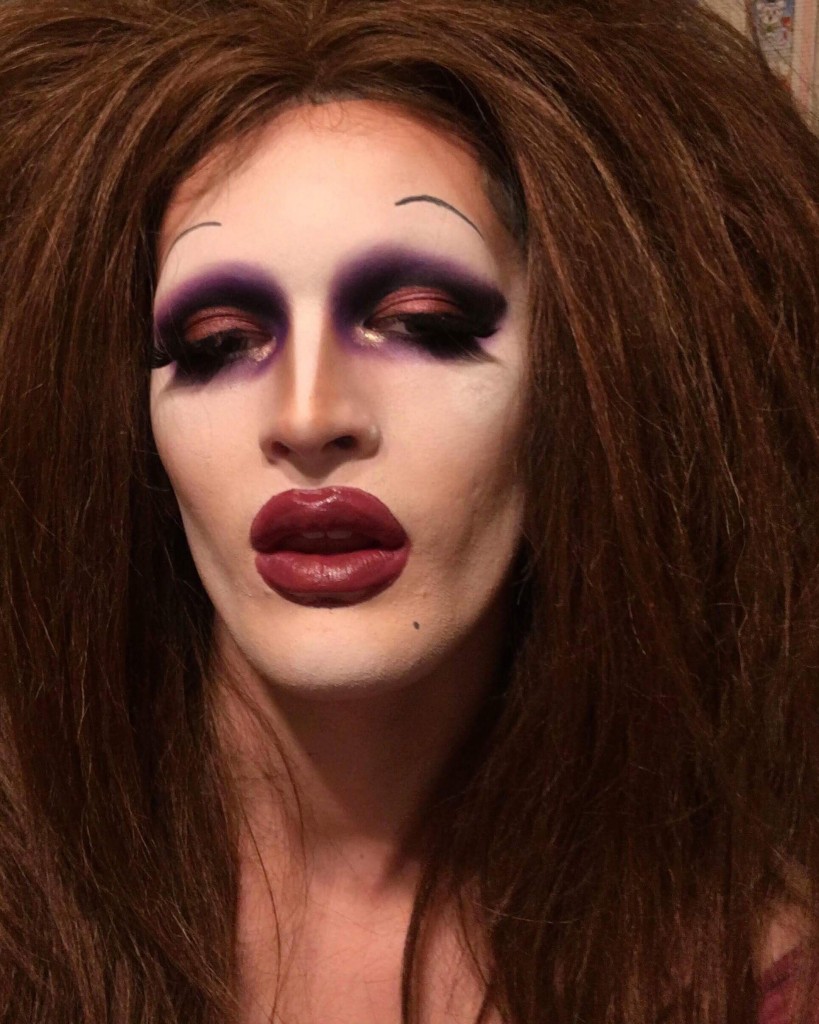 As well as your own work, you’re quite the community queen! Last year, you were one of the curators of the Lowstakes performance festival, which provided a platform for upcoming performance artists! Can you give us the DL?

Lowstakes is a performance festival that I run along with Edythe Wooley and Malik Sharpe. The first iteration at New River Studios was a two-day affair with ?25 artists showing new and developing work. We followed that with a club night at VFD which returns this month on the 23rd. The first festival was done with no money at all and our approach was to programme as many people as we possibly could and work it out on the fly. I’m confident that we had the largest programme of new performance work anywhere in London. We want it to be as painless as possible to access and are always looking to take risks - sketch us a doodle and promise us a show and there’s a good chance we’ll programme it. The two day festival returns in June this year, with the open call to be announced imminently and this time we know what we’re doing.

From tarot card reading at TUSK to WITCHY performances down the road at VFD, Ritual seems to be the main theme of your recent performances. Can you tell us how this has become the subject of your work?

At first it was a practice of self-care, I found the meditation and goal visualisation of spellcraft helpful, and still do to an extent. I’m not as submerged in it all as I was a year or two ago, but I find the structures and beats of ritual are useful skeletons around which to build performance. The danger being you fall into the trap of spiritual display and exhibitionism which always makes for the most unbearable stomach- churning horrendous work. Mythology has always been what I return to when making new work - I’ve always been obsessed with Norse mythology and read a lot when I was younger, I’m interested in how fictions might inform future socio-political forms, a process called fictioning. Spellcraft is a fictioning, a story told to manifest change. I think performance can do the same. 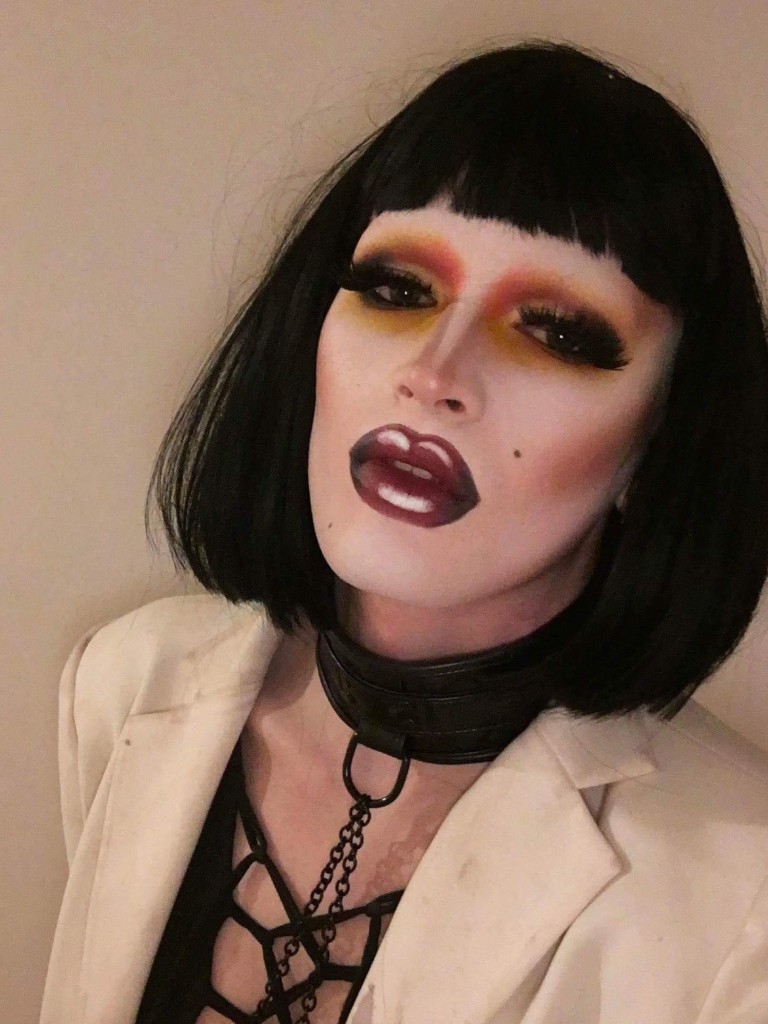 We are absolutely GAGGED by the LEWKS you’ve been pulling, where do you get your inspiration?

I am continually inspired by a whole host of folks. As much as I enjoy makeup, I’ve never really studied it or put much effort into researching references and I am blissfully oblivious to any makeup greats but to name a couple of Instagram favourites: Imp Kid, Nico, Yuri Guaìí. I’m also always here for a Siouxsie Sioux graphic liner moment or a Nina Hagen blush. For the most part I just make it up as I go and trust I’m soaking in influence from somewhere.

Drag-Makeup tutorials are everywhere on YouTube, but they definitely aren’t the most accessible to queens who are new to the game! How will your tutorials help beginners in a rush and on a budget ?

Okay here’s the deal... I’m not Miss Fame, I’m broke as hell and I have very little patience for makeup. Expect tips & tricks, shortcuts and knock-off products. They’ll be as accessible as I can make them for beginners, I’m not giving myself three hours to tinker away -  this is ‘just finished my shift and have two hours to be in face, dressed and out the door’ makeup. I want people just starting out to have a real shot at recreating the look straightaway. That said I can blend a base with the best of ‘em so they’ll be gorgeous no doubt. 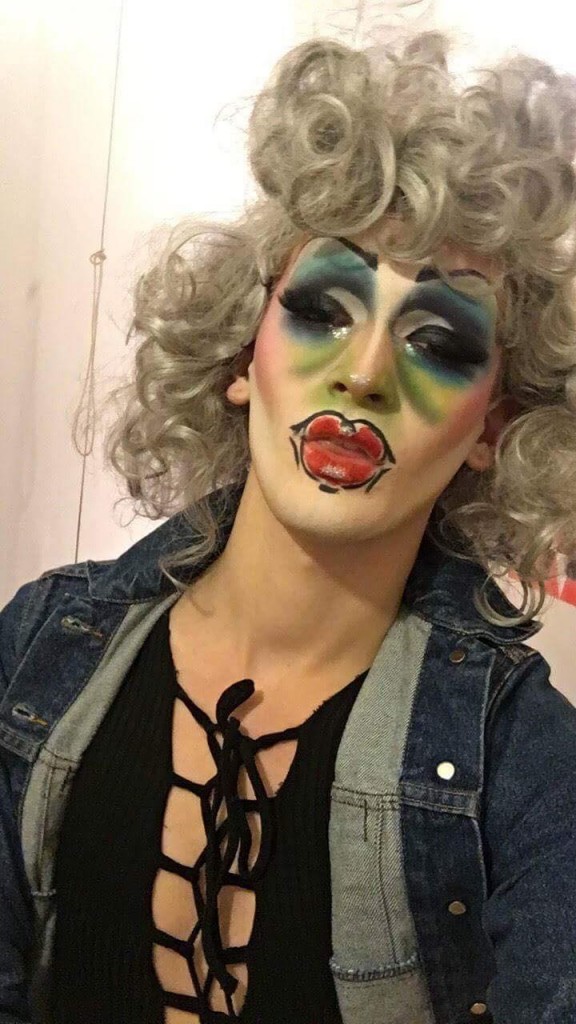 Alongside returning to and nurturing my performance practice and continuing to platform some of the best performers and friends I have the honour of knowing 2018 is all about becoming a much pricklier customer, oh and padding.

Join Ellis D at the "I Have How Much Time?" Drag Demo this Thursday 15 March from 7pm in the Dalston Superstore basement for £5!