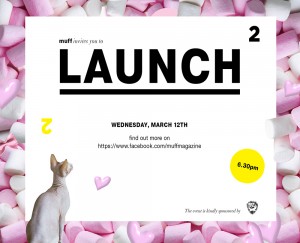 For more info on the launch of issue 2 of Muff Magazine tomorrow night visit their Facebook page.
Share this page