"Nothing was going to stop us, not the local council, not the police, not the judiciary, and certainly not public opinion." - Mary Evans Young & Derek Evans

From 1971 until Brixton was set ablaze during the uprisings of 1981, Railton Road became a hub of unrestrained activist energy; a magnet for a thrillingly diverse collection of people who in one way or another wanted to turn the world upside down. Inspired by the story of the Brixton gay squats, Ian Giles formed ‘Brixton Pansies’, a theatre troupe of actors, writers and collaborators whose ethos mirrors the lively street theatre groups that were formed by the squatters themselves.
Working directly with playwright Louis Rembges, Ian has utilised archival interviews to create ‘On Railton Road’ – a play bringing this radical period to life, and sharing it with a new generation of queer people. Dalston Superstore caught up with Ian and Louis to find out more about the Brixton Pansies, the Railton Road communes, and to learn how the project grew from their research into Brixton’s underground queer history. 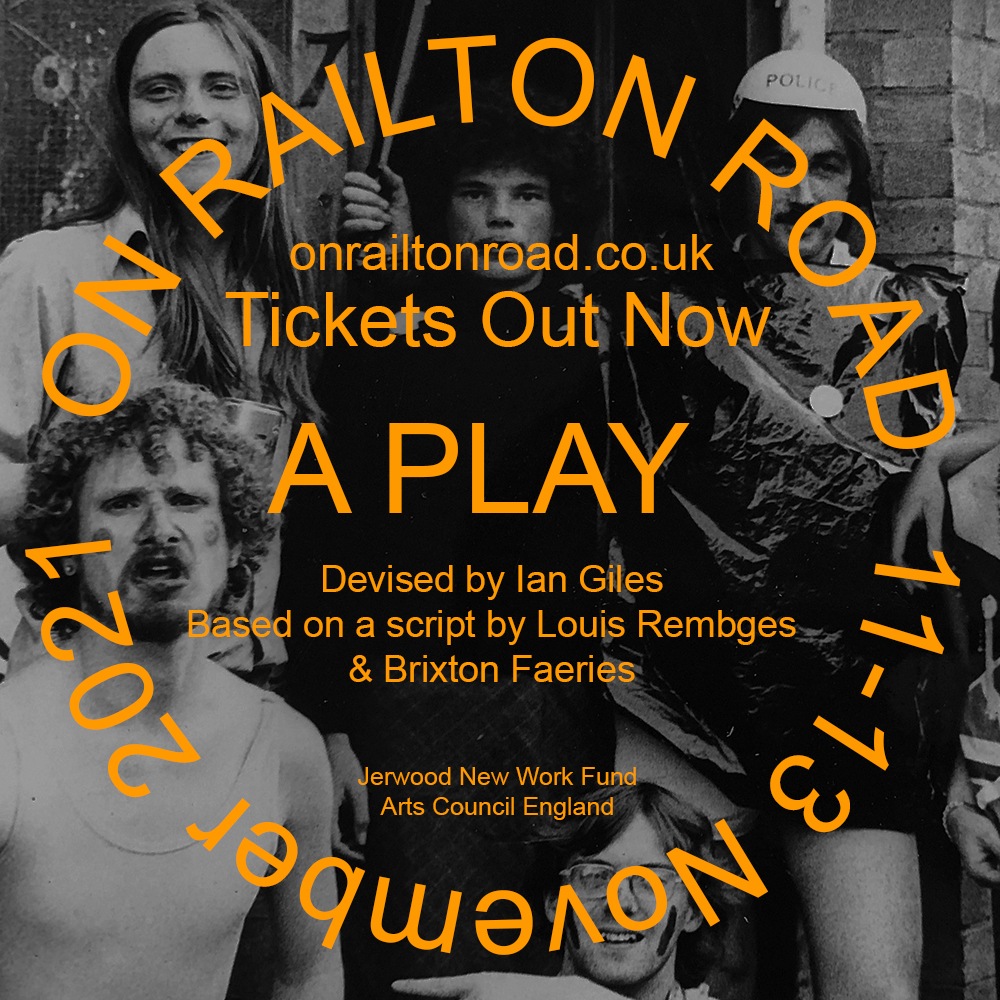 How did you first find out about the Railton Road community? And what drew you to making work about them?

Ian: I was researching the Gay Liberation Front, I had read Stuart Feathers book ‘Blowing the Lid’ because I was interested in the 1970s and the activities of pioneering queer people. I was keen to learn more about those who carved out a place for gay people in society today by being vocal and visible.
References to communes and squats kept coming up in my research. I liked thinking about these domestic spaces because they were physical and tangible – although I couldn’t go back in time, a building was still something that I could comprehend and have a sense of. On Railton Road there was a row of houses where over a ten year period about 60 gay men passed through. Amazingly Ian Townson and some of the other squatters interviewed each other. So I was able to read over 700 pages of conversations with the men who squatted together in Brixton. I was drawn to their vitality; they opened a Gay Centre – they established a helpline called Icebreakers – they even ran for local election. They were active and they were trying to lead change.

Much like how the original community worked, ‘On Railton Road’ is a collaboration of a few artists with differing disciplines. How did you go about bringing other people on board?

I: Working under the company name ‘Brixton Pansies’, I’ve formed a theatre troupe of actors, writers, makers and musicians in order to tell the story of the squats on Railton Road. This initiative mirrors the lively street theatre groups that were formed by the squatters themselves; they used theatre to share their experiences and grievances with a wider public. They presented their plays at local schools, on marches and at the Oval House Theatre.
Working with Louis, we utilised Ian Townson’s archive of interviews with his fellow squatters. These accounts are the basis for the characters in the performance. I also visited men living in houses on Railton Road who became members of Brixton Co-operative Housing in the early 1980s. These are houses in the heart of Brixton that are for LGBTQI+ people.
The group of performers I am collaborating with are a mix of actors who I have worked with previously when making films, as well as some exciting new members – I always hold large casting workshops at the start of a project. I like to work with other LGBTQI+ people who put their hand-up and signal that they are interested in the same topics as me. I am also working for the first time with puppeteer Oliver James Hymans who is helping us bring to life ‘Mr Punch’s Nuclear Family’, an original play written by Brixton Faeries in 1975. The actors are resurrecting this original script as part of the performance – creating a play within a play. 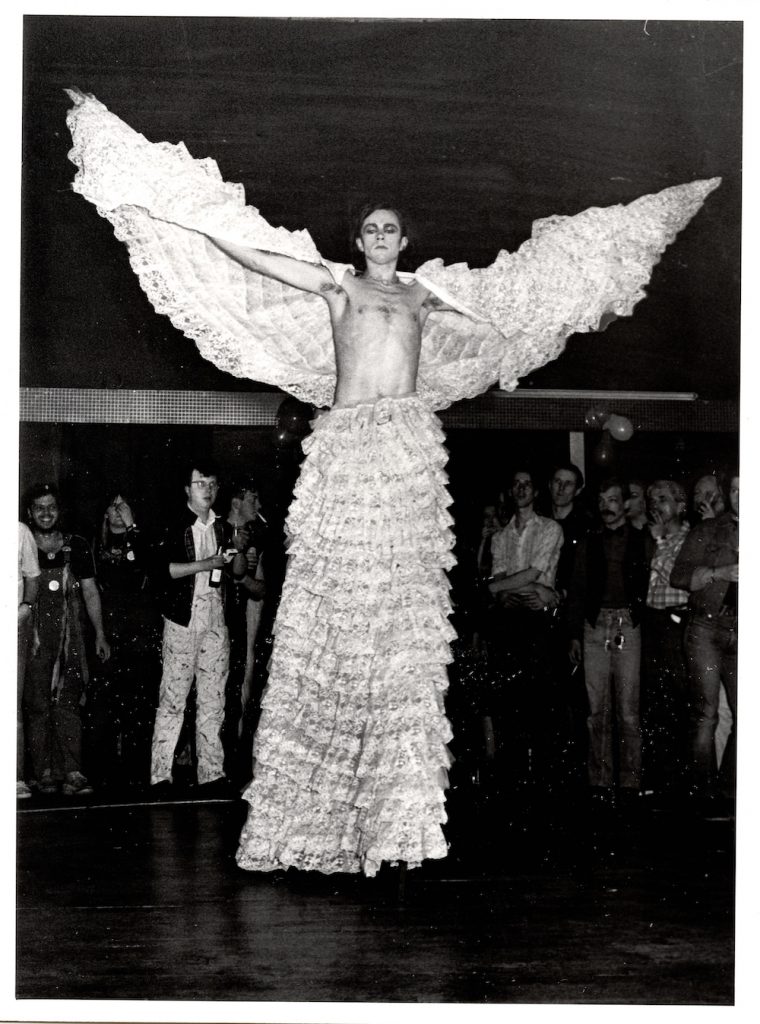 How did you and Louis begin working together?

I: Louis and I met through my film ‘After BUTT’ (about the iconic pink papered gay magazine) back in 2017. After filming we stayed in contact and I organised nights-out for the cast whenever the film screened in London or at Christmas. Later, Louis sent me a play he had written for his Royal Court Playwriting Group – It was so good I missed my stop on the train just to keep reading.

Every script I had produced before was verbatim and I was keen to free-up from that approach, be looser – so inviting Louis to write scenes based on the Railton Road squats allowed this – it allowed a shift into fiction.

How did you research the play?

Louis: I basically worked entirely within Ian’s extensive research that he’d done in the nine months before I was brought onto the project. At first it was a bit daunting as the history of Railton Road and its inhabitants alone is so rich and expansive, not to mention 70’s London itself – especially Brixton – I didn’t know where to start. But having access to Ian’s encyclopaedic scrapbook felt a bit like cheating, and eventually I could sort of cherry pick images or first hand experiences from the squats that jumped out to me as theatrical; costumes, settings or even whole transcribed conversations from handwritten diaries.

Although the narrative of the play has ended up being fictional, writing it felt more like threading together lived experiences and fab stories from the people who lived in the squats. Also I ended up reading The Good Terrorist by Doris Lessing who ironically I don’t think would be too impressed with the characters in our play, but the detail of her descriptions of the squats themselves helped me build the world in the same way the archived photos did.

Often LGBTQ+ people have to do the work themselves to discover their own history. Were you aware of the Railton Road community before this project?

L: I actually wasn’t! Not properly anyway, which I felt quite guilty about at first. I knew about the theatre troupes: Bloolips & the Brixton Faeries were the names I had come across before just from being in and around the London cabaret scene, but I didn’t know about their origins. I stopped feeling guilty the more I worked on the play and got more pissed off that this huge chunk of queer history wasn’t something that had been accessible to me when I was younger, along with so much LGBTQ+ activism throughout British history that’s conveniently omitted from the general curriculum. Being a part of this project has opened up a lot of London’s queer history to me, how much those queers in that community gave for all the freedoms we have now, and the insane amount of Tory shite and prejudices they had to fight in the process. 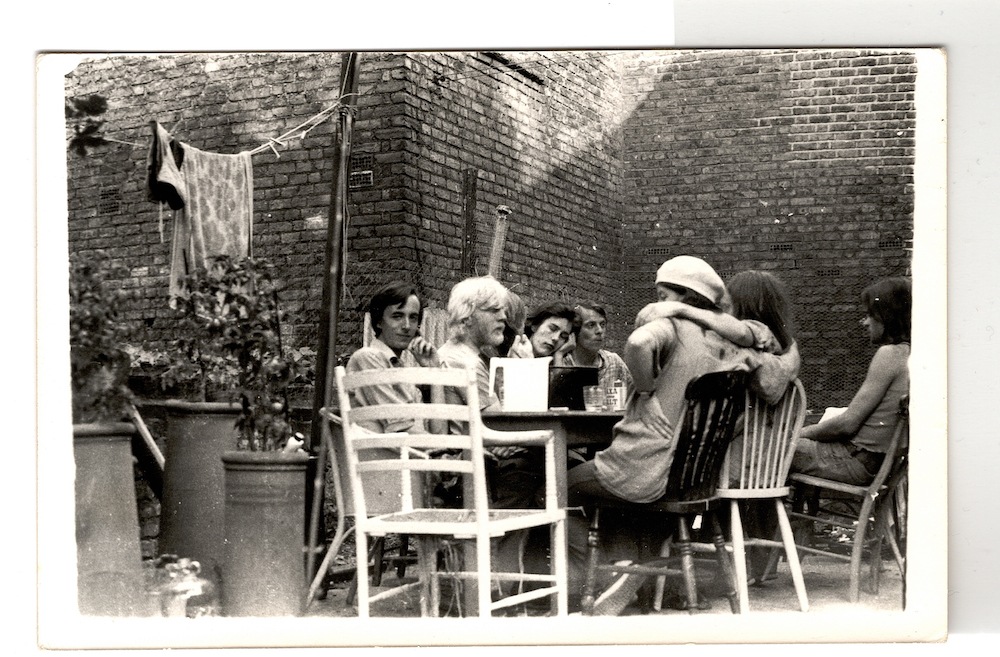 How was this process different from the other pieces you’ve written?

L: This is the first time I’ve been brought onto a project as a writer with other simultaneous moving parts already in motion. Usually playwriting is quite private, and I really don’t like showing anything to anyone before there’s something concrete or second draft-y. With this there was a back and forth throughout the whole writing process which I was a bit scared of at first but it eventually meant that the play we have now feels like there isn’t an individual author, it’s from a collective. I still feel very responsible for it but it’s very much a shared thing, and I hope it has a few different lives beyond our performance at Brixton Community Base that reflect that.

What are your thoughts on modern day LGBTQ+ activist communities, and what can be learnt from Railton Road?
I: We must never forget to check in and look to see if the wolf is at the door – Gay rights and human rights can shift in a moment if we don’t hold up and remember lessons from the past. Groups such as LGSMigrants, UK Black Pride and charities like Opening Doors are doing amazing work to educate and support people. We must continue to honour the work of those who have gone before us. Trans liberation now!

What are the members of the Railton Road community up to today?
I: In my eyes they are busy being icons! I am in touch with Ian Townson, Terry Stewart, John Lloyd and a couple of the others from Railton Road. They gave their time to meet with me and helped me access their world and the 1970s. These men did a lot of ground work for us all – their slogan was ‘Gay is Good’ – Amen to that!

On Railton Road commences its sold out run at Brixton Community Base from Thursday 11 – Saturday 13 November. 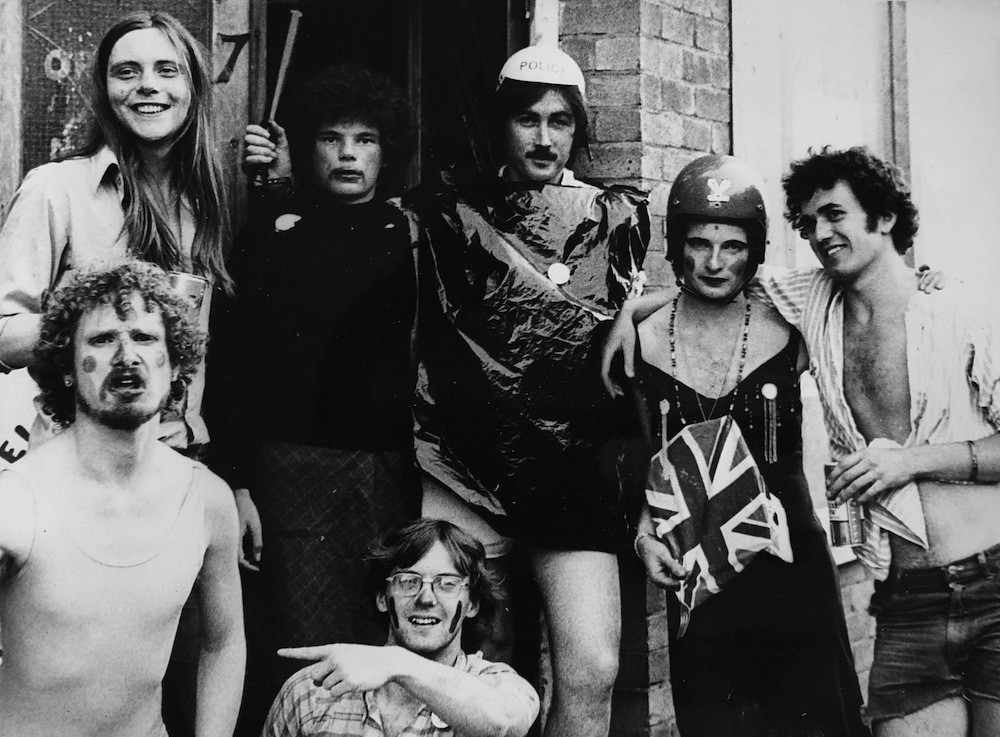