With every Halloween at Dalston Superstore comes the cult horror smash hit Mints presents Miss Zombie Drag Queen! For the banging 2017 edition featuring Bell Towers, In Flagranti and Nadia Ksaiba, we are lucky enough to welcome East London's very own queen of the underworld, RodentDeCay! She's been haunting stages from The Glory to Sink the Pink, and most recently debuted new commissioned work at Birmingham's Fierce Festival and we can't wait to have her join us to judge the competition! We caught up with her to chat queering monstrosity, fighting real-life monsters and things that go bump in the night.

Hi Rodent DeCay! We can’t wait to have you join us for Miss Zombie Drag Queen 2017! How has your year been so far?

I finished my Masters in the back end of 2016 so most of 2017 has been trying to be a RealLifeHuman™. But it’s also been a year of a lot of experimentation and growth, creatively, largely in retaliation to the way the world seems to be closing in on itself. It’s been a very interesting year so far for the Rat Queen.

You were recently involved in the incredible Fierce Festival in Birmingham, what was that like?

So throughout the end of 2016 and up until this week I was involved with the Fierce FWD development programme for emerging artists in and from the West Midlands. Through the programme I started exploring more sound design elements in my creative practice and presented my first solo work, HOMECOMING:  a 20-minute piece scored by my own original compositions, sound design and text that looked to weaponise the ugly emotions we brew in adolescence as isolated queers into a tour de force of destruction against the systems and structures that separated us. It’s been an amazing experience and I’m hugely grateful to the whole Fierce team for their support and for commissioning me!

We were absolutely GAGGED by your recent Aileen Wuornos lipsync at Cybil’s House! How did that idea develop?

I’ve been exploring monstrosity as a queer metaphor in a lot of my work recently and so stumbled upon Aileen’s story through that investigation. Aileen was a woman who was abused constantly throughout her life, suffering numerous toxic relationships and mental health abuses. She’s infamous as one of America’s most prolific female serial killers, murdering johns that she alleged abused her. Throughout her arrest, trial, incarceration and ultimately her execution, her life was used as a toy and bargaining chip by religious and political bodies: largely all men. I wanted to bring this “monster” back into our consciousness and use her final interview as a way to skewer abuses of power that are levelled against women, queers and those of us with mental health problems while also offering some kind of vindication.

Usually I start with a nugget of an idea, a mental image or a piece of spoken word or audio that resonates with me. I magpie lots of bits and pieces from all over the Internet or in real life and make Frankenstein composites to try and weave new narratives. With my Sweet Dreams, Aileen act I found Aileen’s final interview with Nick Broomfield and overlayed this with an instrumental track of Sweet Dreams (Are Made of This). I thought the merging of Aileen’s narrative as an abused queer woman and the image or Annie Lennox as a powerful androgynous woman had some really powerful potential, especially with the pounding “Some of them want to use you… some of them want to abuse you” lines.

Where do you find inspiration?

At the moment, monsters, both real and fictional, but I’ve always been inspired by things that exist on the fringes of culture or society. As a queer non-binary person these modes of existence really resonate with me so I try to revel in otherness, difference and defiance. I’m really obsessed with the power of horror to shock and jar people from complacency and the ordinary, which is why my work plays with images like witches, werewolves and feral children. 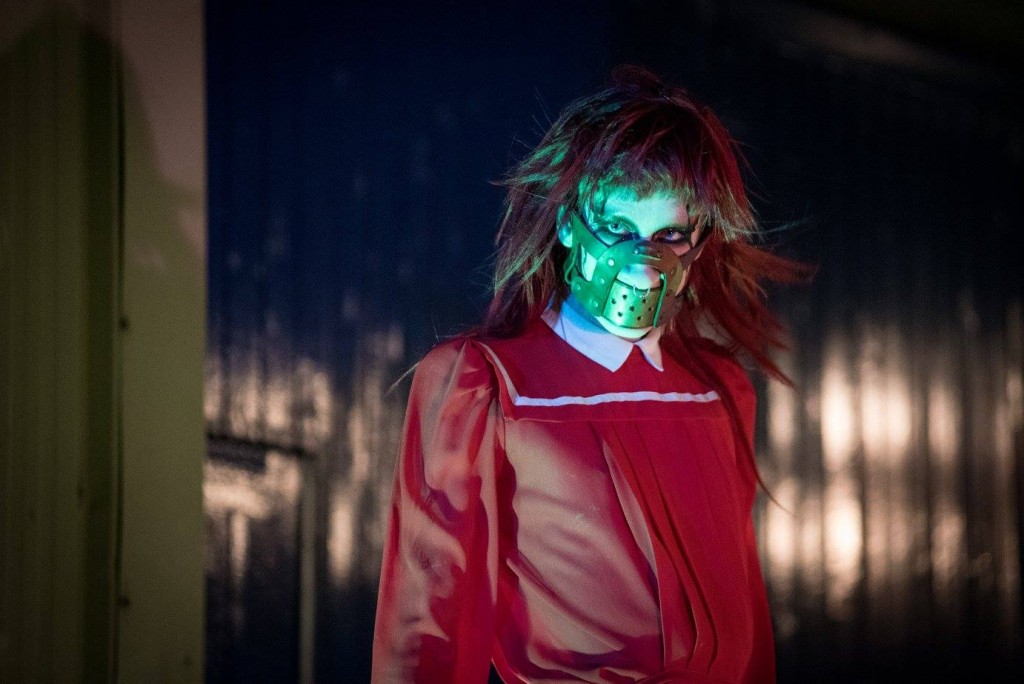 We love your dark aesthetic.. how has it developed from when you first started out doing drag?

It’s really bloomed over the past year now that I’m full out of education. My drag was always a little bit on the dark side, but was quite juvenile to begin with, mostly because I don’t think I initially had the confidence to celebrate a lot of the things that make me tick at the time. Coming into my own with my gender has definitely had a major impact in wanting to present something more liminal. I’ve evolved from being a MySpace emo princess, to an alabaster vamp, to a ferocious witch to now start pushing my drag in a direction that makes it more genderless and inhuman altogether.

If you could change anything about London’s LGBTQ+ scene, what would it be?

More celebration of and visibility for non-white and non-masculine bodies. The link between sexualities and bodies is inevitable in club culture but I’d like to see more room for discussions and challenges that take queerness away from the physical and the meat of us. I’d like to see a celebration of sexuality and queerness that doesn’t anchor itself to one singular kind of queer subject that is predominantly cis, white and male. I think a lot of people talk about these kinds of changes but I think our community has a very real problem with taking ideas off of Facebook and applying them in the real world. 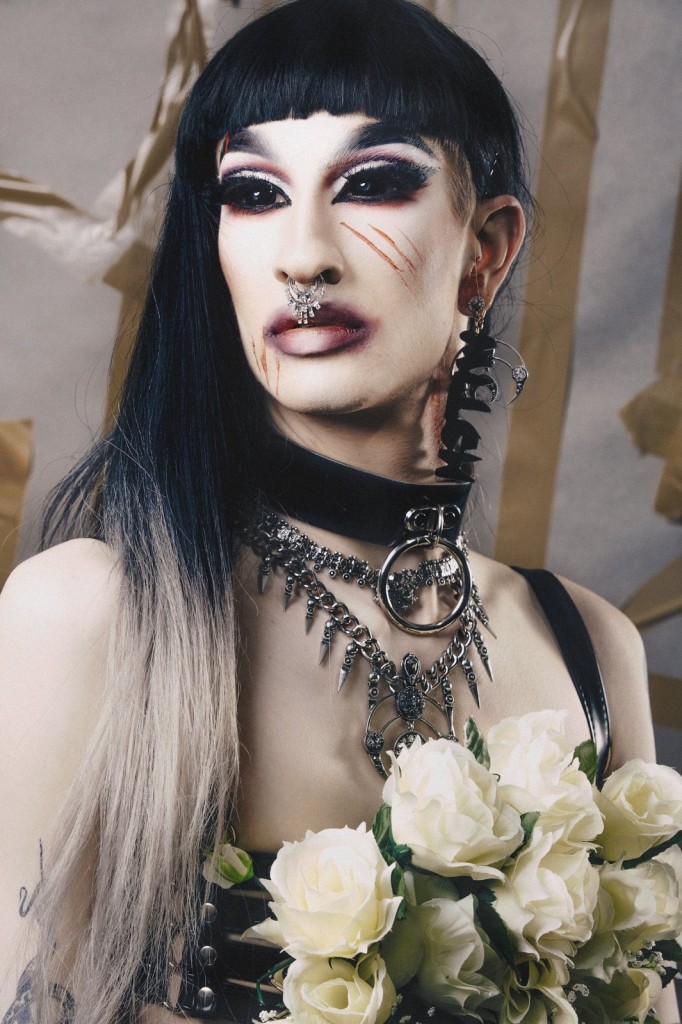 You were the winner of The Glory’s cult drag competition LipSync1000, and Miss STP a few years ago… what’s the next step in world domination for Rodent DeCay?

Rising like Surtsey out of the oceans to take over everyone’s minds and hearts with cold, nihilistic beauty. Seriously though, more of the same. Keeping my momentum up and putting out more unique and original content and trying to be more disruptive, political and vocal.

And now for the upcoming Halloweekend!! What are you looking for in Miss Zombie Drag Queen 2017, and what advice would you give any wannabe drag zombies readying their lewks?

I wanna see some hilarious causes of death. A fully intact fresh from the grave zombo is all well and good, but I’m really hear for chunks missing, implements in eye sockets, zombie experiments gone wrong and radioactive super zombies. Top tip: twisting your head around 360 degrees successfully, without severing any major nerve or spinal system, is a definite winning move.