There’s a track by Randy Crawford called Everything Must Change which I played on a friends radio show recently that has bouncing around my head when I decided to end Body Talk and start afresh.

The night started back in 2009 when Dalston Superstore had been open for a only a few months and the scene that surrounds it today was nowhere to be seen. I’d not run or promoted a night before Body Talk, and so I was a little apprehensive before putting it on, but I knew I wanted to create something. I just wanted to put on a night that had a vibe.
Cut to five years later and I’m sat thinking about the time that has passed.
Body Talk initially started out with myself, Jon Pleased Wimmin (who I’d always wanted to to work with and who was coming down from Edinburgh) and my best friend Marky Mark, who now lives in Bristol, as our residents and we’d have a special guest each month.
I’ll always remember those first months when we were just getting started and me trying to get Leee John from Imagination to come down and sing for us; he never did. I remember him posting on Facebook about Body Talk wishing us all the best for our opening night and saying how honoured he was to have a night named after his song Body Talk, which he’d penned how many years previous. I didn’t have the heart to tell him that we had actually named the night after a line in the Sharon Redd song Can You Handle It.
I remember the madness that Robyn brought every time she came to play and how chuffed I was when she asked me over lunch if she could name her album after Body Talk.
We changed as the years progressed and gained some new residents, namely Tristan Reed, the lovely Charlie Bones and Alejandro Asencio, but we stayed faithful to our musical tastes, keeping the house downstairs and the funk upstairs.

I remember getting the DiY Crew  aka Digs & Whoosh down to play who used to run the free parties in Nottingham back in the late '80s early '90s, they absolutely brought the house down. I loved their whole vibe. And Trevor Jackson too, what a legend.
It was just great to put on people who I admired or appreciated as my personal pioneers. Mark Moore is also someone I was keen to have play, he actually played twice, again another producer close to my heart.
I loved our 1st Anniversary with Robyn and everyone dancing on the bar, our New Years Eve party with Twat Boutique, Tristan Reed with Jessica and Lucy Fizz painted silver, dancing on the bar. 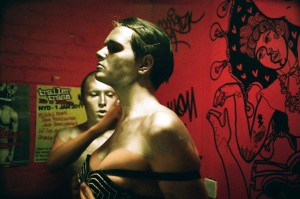 Our Whitney night when everyone was singing to the acapella of I Wanna Dance With Somebody. Billie Ray Martin singing in the basement.
Come to think of it we actually had a fucking ball. It was always about the music first and foremost. All this reminiscing reminds me of when I first started DJing in a pub in Nottingham called the Dover Castle, when I was 10 yrs old. I used to serve pop and crisps at the same time and got paid a fiver for doing it. I never thought I’d be still doing it 30 years later so thank you, to all the people who have enjoyed themselves at Body Talk, to the music makers, to all the DJs who have played with us over the years, here’s to the next 30 years.
Body Talk is Dead, Long Live Body Talk.

Body Talk The Finale from Rokk on Vimeo.

A note from Tristan Reed....

Ah Body Talk, five years of joyous, sweaty memories almost impossible to condense. A musical celebration - we straddled genres, grinded hard in the basement with our special guests, we danced danced danced (sometimes half naked on the bar). 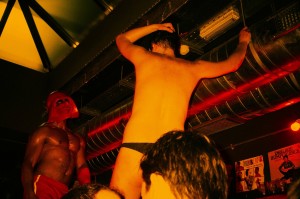 We paid tribute to our idols, we dressed up as Prince's, Janet's! They sang back at us - Lindy Layton, Billie Ray Martin, Robyn. We honoured the spirits of the greats we lost - Donna, Whitney, Amy. We played the b-sides, remixes, rarities with complete abandon... with musical freedom.
Why? We did it for our host... Rokk. For his vision, his ability to bring us all so chaotically together to share the music that has informed our lives. So thank you Rokk, thank you for all the amazing DJ's an unskilled selector like me has had the pleasure of rubbing shoulders with! And thank you to all of our regular faces who have made it such a pleasure over the years! See you dancing somewhere else soon.
Join Rokk and Tristan this Saturday 21st June for the Body Talk Finale at Dalston Superstore from 9pm - 3am.
Share this page