There are not many DJs with quite as many plates in the air as Chicletol. When he's not DJing or hosting his prolific party series Hard Candy, he is hard at work taking photographs for The Hot Spot, collaborating with the Moritz Feed Dog Film Festival, or working at the DMentes agency. We are thrilled that he has taken time out of this crazy schedule to join us at the next Homostash party! We caught up ahead of the party to find out what makes him tick!

Hi Chicletol! We can’t wait to have you at Dalston Superstore for Homostash! How has your year been so far?


Hi darlings!! I am really excited about coming back to London, especially in a venue I’ve heard so much cool stuff about. 2016 has been a year full of changes, first-time experiences and professional growth. The best example: Moritz Feed Dog asked us about our voguing expertise to run and host a pre-screening conference for Paris Is Burning's 25th anniversary, and I saw myself in front of a sold out cinema audience speaking about the ballroom culture and the relationship my collective La Rara has with it. Major stuff for me.

As a multi-dimensional artist, how do each of your individual practices inform one another?


It just happens in a very natural way, and it comes as surprise when I realise it. Sometimes I get knowledge from an experience working in events production that I try to turn into an upgrade for my creative projects. It especially happens with the people I know during big productions, travels, or crowded projects. A deep conversation in a break from a video shoot can make an idea grow in my brain and turn into a fun story for The Hot Spot, or a cool campaign for one of the events La Rara throws.

Can you tell us a bit about The Hot Spot?


It’s definitely my most precious baby. Although I’ve always been taking pics of everything around me and playing with cameras since I was a child, this project started innocently in 2009 when my ex-boyfriend Vins was very comfortable with his cool and arty nude pics I took. Then I realised I should portrait my hot friends the way my idols inspire me and post the pics somewhere. It all started with a tiny Tumblr but soon it became a big gallery with many known and unknown models that wanted to show off. Now I am working on curating a selection of only the best pics (maybe one or two per boy) and releasing the 7 photoshoots still haven’t seen the light. 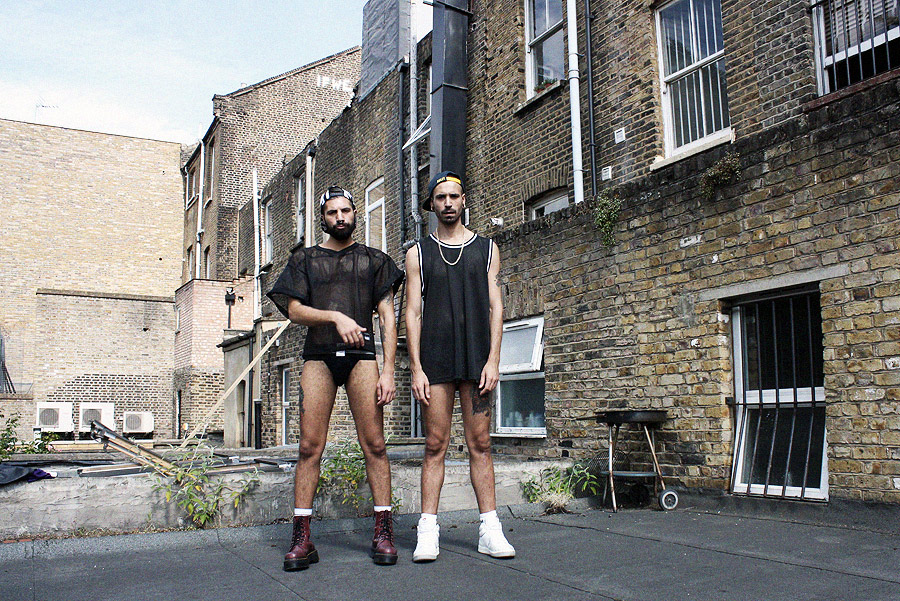 You have had some incredible guests at your Hard Candy parties! Who have been some of your favourites?

Yeah, I have had the honour to meet some really amazing artists. Cazwell and Brooke Candy were the most grateful and nice with me and the team. I really wish the best for them, they didn’t only make great performances but they showed a good human side which is not very usual in this scene. Iggy Azalea wasn’t that nice.

Who have been some of your greatest influences, both musically and visually?

Elvis di Fazio, the Synchrodogs, Slava Mogutin and Bruce LaBruce’s early work are always in my mind and I I proudly say I try to imitate them in some way. Their influence can be seen in my project The Hot Spot. It’s also very inspirational how the LA based photographer Luke-Austin manages his passion and turns it into business or humanitarian support.

I’m also thrilled by the creative eclecticism of divas like Alison Goldfrapp and Roisin Murphy, who can create trashy work pieces (or even wear trashy looks!) and then be the most glamorous creatures the next day. The colourful toughness by Die Antwoord always blew my mind, too.

What has been a personal highlight of your career this far?


Working at an agency called DMentes has really made me grow since I joined them a few years ago. I learned a lot about methodologies, and specially about observing the human behaviour around me. They actually showed me the power of shutting up and listening.

Also, their connections made possible La Rara’s collaboration with Moritz Feed Dog Festival around the ballroom scene, which I consider a high point in my career. Everybody knew we were able to throw good parties but no one imagined we could host a conference related to culture, sociology and genre issues.

Oh and I can’t forget bringing Iggy Azalea to Barcelona when, back in 2012, almost nobody knew her here.

If you had a time machine and could go dancing anywhere / anywhen, where would you go?

To the parties the dancers for the Madonna’s Blond Ambition Tour attended while working with her. I would have loved to hang out with those creatures.


I’m afraid a lot of busy weekends! I just became Locamente’s booking agent. They’re a production company focused on LGTBI entertainment, which makes me feel like a workin' gurl at the office from Monday to Friday and it’s cool, but I also DJ in some of their events so it looks like a hard season. I just hope to have more free time for my personal projects, some big trips, and to meet nice & hot people ;)

Can you give us a sneak peak of what you have instore for Homostash?

Reading Horse Meat Disco and Larry Tee as part of past lineups at Dalston Superstore is a bit of pressure for me! Lol, no, it’s really a big honour… I am preparing a rough 90s-spiced-up set with a lot of femme touches. My main goal for this Friday is make you guys sweat.

Catch Chicletol at Homostash on Friday 9 September from 9pm-3am at Dalston Superstore!