Daniel Wang is a unique presence in club culture. Having produced seminal dance records on his celebrated Balihu imprint he's become an in demand DJ across the globe, known for bringing a particular warmth and energy to his sets which take in disco in all its forms and good old fashioned house music.

What song is in your head right now?

Song in my head happens to be this sort of cheesy groovy string section from Neil Cloud Orchestra on TK disco 1979 Time For The Season.

How important is it to have homosexuals on the dacefloor?

It's important for me to have homos enjoying it only because I'm homo myself. I was in Belfast last week, had a great time playing for a 99% hetero crowd, but there was this one boy with soulful eyes who came and gave me a kiss at the end. Suddenly I didnt feel like just an entertainer, it became much more personal...

When making dance music what is your most used piece of equipment (apart from a computer!)?

I don't use a computer actually! It's similar, but I use a Korg D32, an all-in-one HD multi-track recorder. And I use my Yamaha cs1x a lot as the main input keyboard.

If you could cut a brand new soundtrack to a movie what film would you choose and what would you do to it?

Clever question. Hmmm. I dont know. I love the 50-60s soundtracks by Henry Mancini, love Blade Runner by Vangelis. It should be a good movie with bad music... so I would try to improve the soundtrack. Maybe one of those cheesy sci fi films like Logan's Run?! 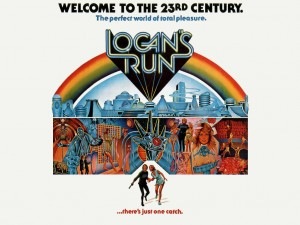 I find a DJs often consider themselves citizens of the world! Outside of Berlin or the US where do you feel most at home? Where would you like to live next?

I am not moving from Berlin, but I feel very at home in Japan and Finland. Highly civilised, polite, orderly, intelligent societies. And Greece - the sense of history and the openness of people there.

I would feel ill at ease living long term in Italy I think. Fundamentally very provincial and even clan-ish. And I have mixed feelings about USA. You understand...

Berlin NOW. New York was fun but I had extremely few gay friends there.  I was always annoyed by the superficiality and the short attention span of many Americans.  And non-whites and the lower and working classes there are downtrodden in a way which one doesn't see in Germany here...

What's your go-to meal to cook if you have company?

If I cook for company: rice. Plus some Asian veg and a fish or seasoned meat dish probably... Fulfilling Asian stereotypes haha!

What pisses you off?

What pisses me off... people who talk a lot about oppression, social justice, environment, or art and music in overly theoretical or impersonal ways. On Facebook and outside of that.  People who talk too much on the dancefloor too.

I like people who take action. Who live inside and make art or music instead of analyzing its market or academic value. People who live without apologies for the inevitable trespasses we all commit living in this crazy global system.

Of course I despise Monsanto, Salafists, NeoNazis and all that too... that goes without saying.

Is there a song that sums up your life, that made you think they were singing about you?

Whoa big fat question!! That one song might be... it seemed like it was Culture Club - Karma Chameleon or various Pet ShopBoys tunes when I was 15-17. Now those lyrics still all ring true but I keep hearing the quiet pensive melody of Maurice Ravel "piano concerto adagio assai" ... maybe because I'm 45 now. I mean, it really sounds to me like "my life". Oh!! And SADE - Keep Looking from her third album. The tropical one.

Do you ever see yourself moving back to America? What do you miss about the US?

I miss my brother and his two kids. They live in San Francisco.  But I don't see myself moving back. Although in California or New York you can feel a certain motivation and energy, which have much to do with lust for money, the deep-seated racism, the inequality, the general level of superficiality and stupidity fed 24/7 via the mass media is highly disturbing to me. Under that surface is a paralyzed government and fossilized legal infrastructure.

In year 2000 , what I used to miss about the USA was the diversity of foods in cities like NY, LA or San Fran; Vietnamese, Japanese, Mexican etc. But Berlin now offers all that and more.

The horror of public toilets in American airports says a lot about the nation. The units are so poorly designed it's astounding. Far too low for adults, with stalls which one can peek into, as if passengers were criminals in a prison. Paranoia and discomfort. Once you're used to modern German toilets which flush so well, and German thermal windows which keep out noise and cold, it's hard to go back to living standards in USA. Do I sound like Tyler Brule of Monocle magazine? Oh no...

What do you think motivates a person to play records in public for a living?

It really depends on the DJ. When younger, it might be a certain egotism and ambition.  As I get older, I really feel it's about creating the right backdrop for community, for sharing, for humans to get together and dance in a free, egalitarian way, close to a Garden of Eden if one can do one's best.