This Saturday Camden Unison presents a special screening of Pride at the Rio Cinema in Dalston. Based on the true story of the Lesbian And Gays Support The Miners alliance set up in 1984 by Mark Ashton and Mike Jackson, the film charts the LGSM from its foundation to the fund-raising the group did for those deeply affected by the miners strike, and the famous Pits & Perverts benefit event featuring Bronksi Beat. Ahead of the screening that also features a Q&A Mike Jackson (portrayed by This Is England actor Joe Gilgun in the film), we were lucky enough to have a chat with Mike about his memories from that time, his thoughts on the film and what he's up to now...

Were there any moments in the film Pride that were too hard to watch? Too true to life?

There are so many. I’ve seen Pride so many times now that it is embarrassing and yet it still makes me cry. They are tears of joy, of anger and sometimes of loss. Right at the beginning Mark is watching the news and a lorry driver says something like “All we’ve got left is our pride and she’ll not be having that”. The scene where Russell Tovey meets Mark on the stairs in a club is pretty difficult.

How did you feel about Joe Gilgun's portrayal of you?

I’m very pleased that Joe was chosen to play me and I’m proud to have got to know him. ‘Mike’ was different to the roles that Joe normally plays but he is a very talented actor who can get into character so skilfully. He’s from Chorley which is near to my hometown of Accrington so the accent is spot on. I must have told Stephen Beresford, the writer, that I was never a particularly stylish gay man and he obviously listened because ‘Mike’ wears some pretty boring clothes. My friends and family all say he’s got me off to a tee. 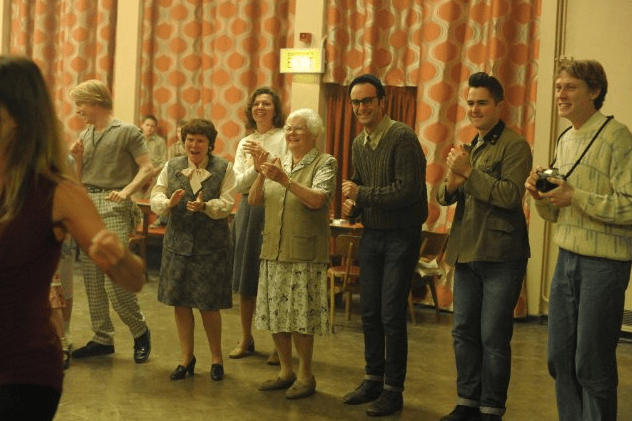 As someone who was/is an active participant in the gay rights movement, how do you feel about this current age of "clicktivism" and endless online petitions?

Well it has a role to play. Avaaz, 38 Degrees and the like have achieved some pretty good results. I think that is partly because they bring things to our attention that the right wing media choose to ignore. But real change always comes from people coming together face-to-face and taking action. I’m a big fan of the Occupy movement and Uncut.

If any song could take you back to the time of the LGSM, what would it be?

Solidarity Forever - Mark wrote the words of the first verse on the back of the LGSM banner so it became our anthem. The movie opens with Pete Seeger singing it.

What for you has been the most significant advancement in the gay rights movement in the last 30 years?

The placing of LGBT rights in the heart of the global trade union movement.

Is there a single moment from the heyday of the LGSM that you can still recall vividly, a time when you felt all the feels?

The very first visit when twenty seven of us walked in to the Onllwyn Miners’ Welfare hall in October 1984. We were young, conspicuous and feisty. There were a couple of hundred people already in the main concert room, kids running around, families. As we walked in the room went quieter and for a second it was a tense moment. Then someone started clapping and within seconds everyone in the room applauded our arrival. It was the proudest moment of my life. That’s comradeship and it is mighty powerful.

Joe Gilgun described you in the Gay Times as "a doer, the guy who got shit done." Would you say that's a fair assessment? And how would YOU describe yourself?

Yes that’s pretty accurate. I was more interested in action than talking and I’m still like that although we have to discuss and debate to reach some kind of truth on which to base our actions.

What are your defining memories from the Pits & Perverts benefit event?

The size of it was impressive: 1,500 people all there to support the miners and a great mix of straight and gay - your sexuality just didn’t matter. Bronski Beat were fantastic, Jimmy sang his heart out. As I walked through the audience a young Scottish miner stopped me and asked if I had anything to do with the event. When I told him I was part of LGSM he said "I’d no idea that you supported us." I grinned at him, put my arm around his shoulder and gestured all around and replied "Look around, everyone here supports you." Priceless. 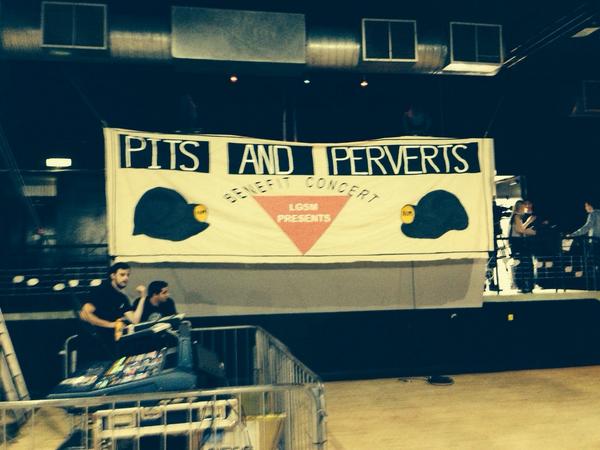 What are your current projects and causes?

I made a conscious choice to get back into politics in 2009, starting off by doing the TUC course in Contemporary Trade Unionism. Eighteen months later Stephen [Beresford] came round to talk about making a movie and I realised that I could get a platform here. I made a conscious choice to keep my brief narrow - to speak about the importance of the global trade union movement - especially in the face of global corporations and TTIP. I had an argument with myself a few months ago about my lack of confidence at public speaking about politics. Mike One was the still oppressed working-class man, where the narrative is “you’re no good, you’ll let everyone down, you’ll be shit’ etc. Mike Two was the flip side, I wanted to be so good that just a few words from me and I would take the human race into the golden tomorrow of socialism. Mike Three intervened and suggested that there might be somewhere in-between these two extremes to aim for and the question is simply do you or don’t you step up to the plate? I have stepped up to the plate and I’ve been speaking all over the place. I’ve visited the Focus E15 campaigners a few times. They remind me of Women Against Pit Closures: strong working-class women who won’t take no for an answer. Thatcher was characterised as the iron lady but she never came face-to-face with the women I’ve known. They’d make mincemeat of her. We’ve re-formed LGSM and we are all so busy speaking, fundraising, encouraging and generally stirring things up.

We ask everyone this question and have so many wonderful and varied answers.... if you had a time machine and could visit any dancefloor anywhere/anywhen, where would you want to go?

1996, middle of the dance floor at the Fridge in Brixton with my late partner Graeme Crallan. It was billed as a special pyrotechnics night. We’d taken refreshing substances and Graeme leaned over to me and said, ‘Whatever it is, it’s going to happen now’ and sure enough it did. They had two ropes laden with cordite slung high up in the roof void. They both went off like lightning flashes, you could feel the heat bounce down onto the dance floor and the music went straight in to my favourite band Pulp singing Disco 2000. We screamed and laughed and danced. The best dance night of my life!

Buy tickets for Saturday's screening of Camden Unison Presents Pride at the Rio Cinema in Dalston at 1.30pm.