This Saturday Sydney's Light Year swoops into town as part of his European tour that has so far stopped at Barcelona, Paris, and Leipzig amongst others, finally finishing right here in Dalston.

And we've got a very special prize to give away! To win guestlist to see Light Year play this Saturday at Body Talk AND get your hands on one of these amazing tshirts, email hello@dalstonsuperstore.com with the subject "I heart Light Year" by 2pm tomorrow - Friday 19th October 2012 - and answer the following question correctly...

(only winning entrants will be contacted)

How does Light Year describe his latest mix? 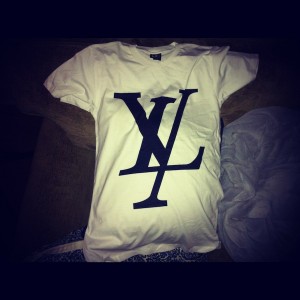 Formerly a duo, now a solo act, we caught up with the acid house obsessed remaining member of Light Year, Jordan, to find out how the amazing video for his massive hit Moderation came out, what personally gets him raving and what we can expect from his set at Superstore for Body Talk - We Are 3...

You've been touring like mental this year- where's been your favourite touch-down so far?

Yeah this year has been busy with tours. Europe and USA twice and Mexico for the first time, and Canada too. I also played HARD Fest in L.A., which was one of the biggest crowds I have played in front of, a really intense energy so much fun.

I feel like Europeans tend to connect more with the music I personally love to play. I tend to have to change my sets throughout the USA depending on the crowd, which always keeps me on my toes but Europeans let me do whatever I want most of the time.

Which producers or contemporaries of yours do think are making particularly innovative dance music at the moment?

When it comes to dance music recently I have loved Mr. G's new album 'State of Flux'. I've been playing three or four tracks from it in some of my sets. I just love the energy of that warehouse vibe. Jimmy Edgar is another, his album was cool but I feel his production work since has really gone to the next level.

And who would be the dream artist to remix your own work?

Matthew Dear in his Audion guise. That would be all time.

Your love of acid house is evident in your music and most notably in the Moderation video- is it something you wished you'd experienced first-hand first time round?

Absolutely. I love the feel and rawness of that music. The limitations of one drum machine and one synth truly created some real classic records, and that's what I like most- the simplicity. Also the parties and the original explosion of rave/warehouse parties would have been so exciting to be a part of. I think there is a real resurgence in that type of vibe at the moment too, which is cool.

The video is amazing, and so eye-catching. Any idea where the footage is from? You can't watch it without wanting to go dance in a field...

Ha thanks, that was the desired effect. I was searching “'90s rave” on YouTube one night and I saw all that crazy footage. I didn't really think that anyone had used it in a film clip before. I sent the footage and idea to a friend and it took about two weeks but it came together really well.

We read that you in between all the acid house, Chicago sounds and whatnot, you also really like hip hop. What kind of influence do you think this has had on your work in dance music?

When I was young it was all I listened to, exclusively, literally nothing else. It was only later once I got a bit tired of it that I started exploring more electronic music. I have noticed that there is always a ghetto style break and heavy use of classic drum machine sounds in my tracks which is probably a direct influence from all the hip hop I used to listen to. I love to sample and most hip hop is built around samples so there is a certain feel I think it can give a song, from a whole loop to just cut up drums, that is warm and classic sounding.

How dramatically would you say your working dynamic has changed since going solo as Light Year?

The main change is I don't work directly with another person all the time. But Mikey (Jensen Interceptor) and I still send each other our demos and give each other feedback on stuff. I have a solid network of people that I send ideas and rough demos too. It generally takes me a session to come up with an idea and then I like to send it around to people/friends just to get feedback and extra ideas. I find that this helps with actually finishing tracks.

How did you come to remake DV8 for Strictly Rhythm?

A good friend of mine Danny (Wax Motif) was putting together a compilation on behalf of Strictly Rhythm and asked me to be apart of it. The idea was to go through the Strictly back catalogues and choose a track to remix/remake or edit. I had a lot of fun working on that remix and I like the way it turned out.

Absolutely. I'm currently tossing up whether to live in LA, London or Berlin next year. Haven't decided yet though.

You called your mix for Ransom Note "sausage-fest techno". What other genres can we expect to hear played at Dalston Superstore?

I play a lot of different stuff but it all falls under house & techno I guess. I'm loving this 'warehouse' type sound at the moment so I'll be playing plenty of that. It also depends on the crowd and where they let me go. I'm really excited for the show though; I've heard amazing things.

Light Year plays Body Talk - We Are 3 this Saturday 20th October 2012 from 9pm - 4am with Jeffrey Hinton, Rokk, Tristan Reed and Charlie Bones.